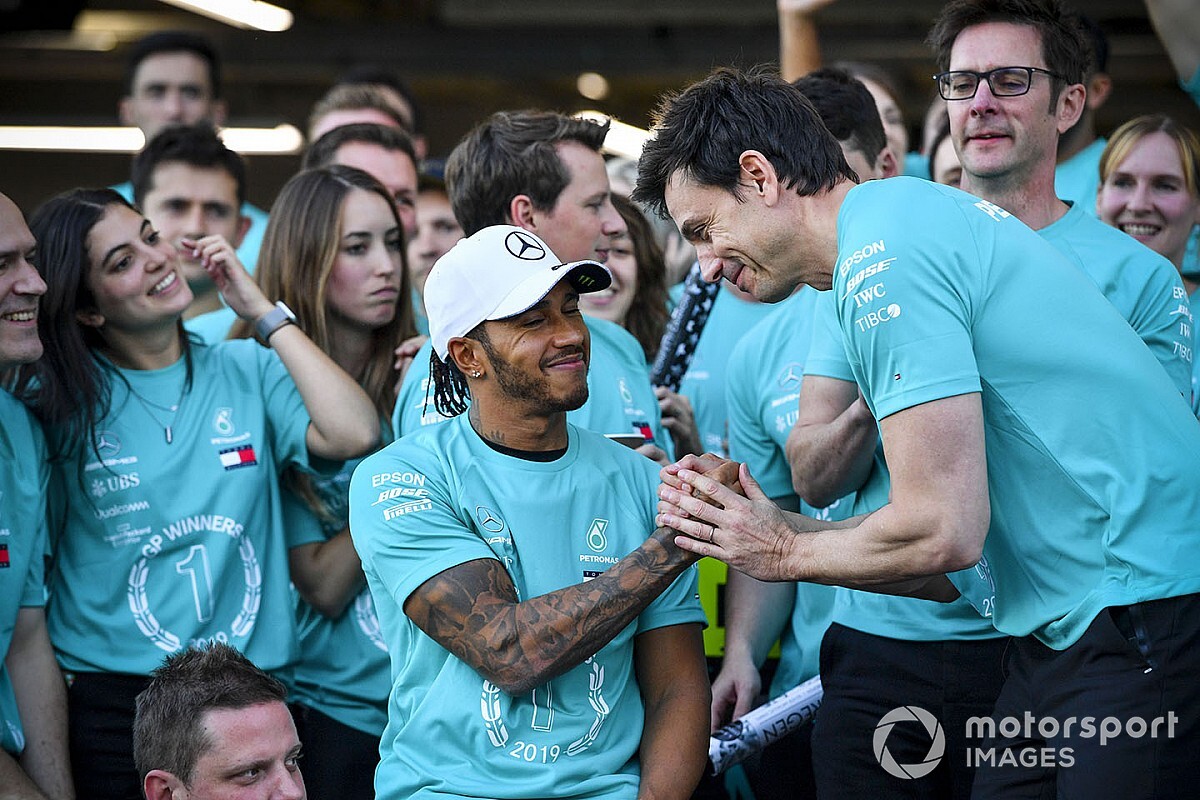 The Austin race represented the strongest performance by the Brackley team in the second half of the 2019 season, with the two silver cars battling for the lead and holding off Red Bull's Max Verstappen on a day when Ferrari was not in the picture.

Mercedes has now won six consecutive double championships since the start of the hybrid era in 2014.

"Every championship seems like the hardest," said Wolff. "It may be because we are protected by our memory, but certainly this year had its up and downs.

"We came out of the block very strong, didn't have the quickest package on Saturday for a long time, but we able to make the least mistakes on Sunday.

"And that was probably the biggest key to making us win the championship.

Asked by Motorsport.com if he enjoyed this year's battle more because of the stronger competition, Wolff admitted that he did.

"We like the fight a lot, and you can see you celebrate the races that are really tough and you are able to win.

"And when we don't qualify on pole but we are able to win the race on Sunday I get 10 times the amount of WhatsApps and SMSs than I get if we're on pole.

"Everybody wants to see a fight out there, and this is what keeps us going. So we need these guys strong, competitive, playing with the same rules, and then it's what we love doing."

Wolff also paid tribute to his colleagues and to Niki Lauda, who died in May.

"I think the strength of this team is that every single individual, competent playing in his position, contributes to the overall success of the team. I don't want to sound like a politician, but it's really the backbone of this team that we have so many good people.

"By now he would stand there at the [motorhome] bar and say 'Lauda is flying, come on, finish the press, we gotta go.' And say, 'Well congratulations, what are we doing next year? I think we have not been too competitive in the last few races.' And that is missing, that pressure.

"But apart from that what you see on the race track is the tip of the iceberg, lots of performances being made back in the UK. It's just overall a really good team effort."