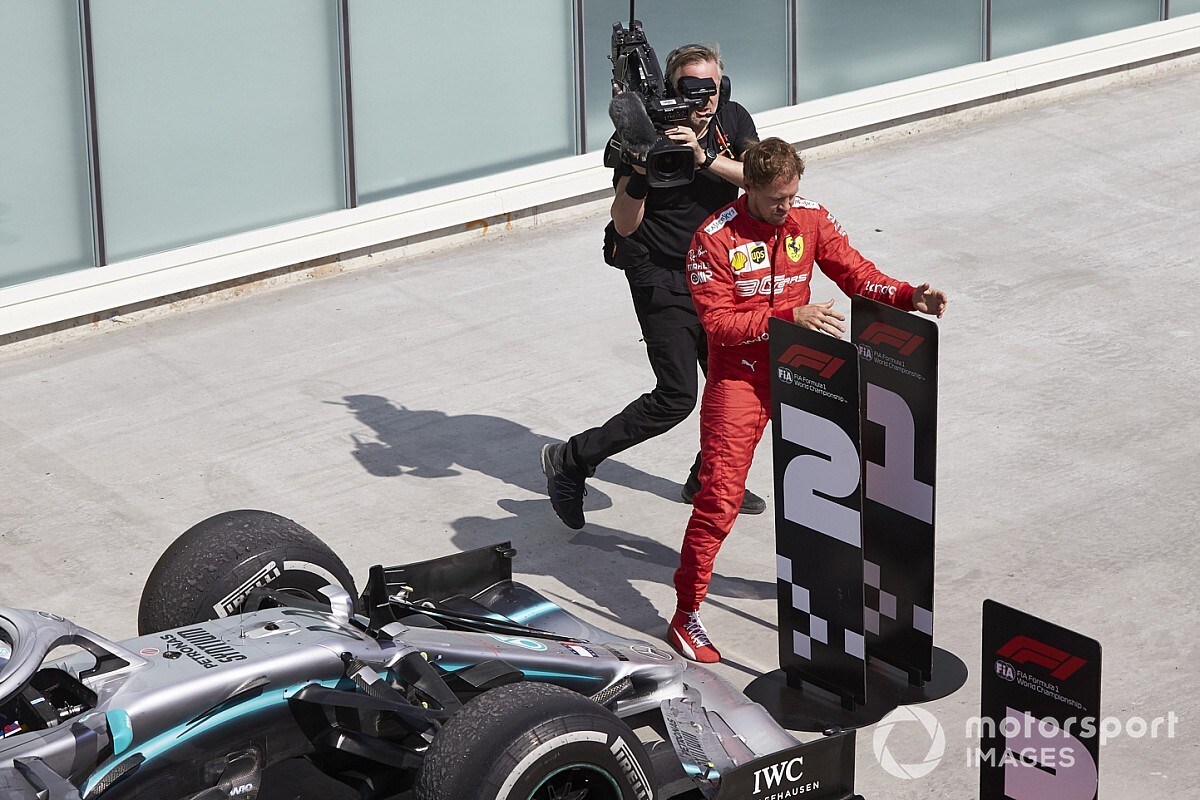 Mercedes team boss Toto Wolff believes it is wrong to put pressure on Formula 1's officials for the controversial decision to penalise Sebastian Vettel in the Canadian Grand Prix.

Vettel lost his and Ferrari's first win of the season after being judged to have rejoined unsafely and forced Lewis Hamilton off-track following a mistake while leading the race.

That penalty dropped Vettel to second and handed Hamilton and Mercedes the win, triggering a furious outburst from Vettel and widespread criticism.

Asked by Motorsport.com for his thoughts on the incident and the penalty, Wolff said: "It's clear we want to win on the track in a clean fashion because incidents like this always create a lot of controversy.

"My view on the incident is that it's very difficult for stewards to interpret regulations so that everyone is satisfied. What we must not do is put the stewards under pressure in a way that they will struggle even more in the future to come up with decisions.

"We need consistent decision-making from the stewards and we need to support the stewards in their objective to reach that."

Vettel said "you need to be an absolute blind man" to think he was capable of controlling the car and rejoining any differently after running onto the grass at the first chicane on lap 48.

Asked by Motorsport.com if he felt that in-race penalties like this one are the right thing to do, Wolff reiterated that stewards were just following the regulations.

"That's not always very popular," he said. "But somebody needs to do the job. This is why whether decisions go against you or in favour of you you need to be supportive.

"We want the best people. If you criticise them like we do today, nobody's going to do the job. We need competent people and I can tell you the guys who were on the stewards panel today they are some of the most experienced racing drivers on the planet.

"Therefore you need to respect their decisions, whether they go for you or against you."

Many present and former F1 paddock figures criticised the decision after it was announced.

However, Wolff said he did not feel sorry for Vettel because "this is a no prisoner's sport" and "they would have taken it the other way around, too".

He admitted he could "understand the racer's frustrations when a result or a verdict goes against him" but urged against enduring criticism of the officials.

"Making rules is such a difficult exercise," said Wolff. "You'll not always please everybody with your verdicts.