Pedro Martinez De La Rosa will be on the Scuderia’s books for technical, racing and commercial activities. 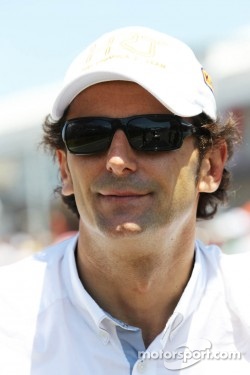 Madonna di Campiglio, 16 January – There’s a new driver joining the Ferrari family. As from this year, Pedro Martinez De La Rosa will be on the Scuderia’s books for technical, racing and commercial activities. The Spanish driver, born in Cardedeu on 24 February 1971, has taken part in 106 Grands Prix, racing for five different teams (Arrows, Jaguar, McLaren, Sauber and HRT,) with his best result being a second place in the 2006 Hungarian Grand Prix. He has scored a total of 35 championship points.

“We decided to add De La Rosa to our group of drivers mainly to strengthen one area, namely work in the simulator, which with the current regulations regarding testing, is becoming ever more important,” said Team Principal, Stefano Domenicali. “Pedro therefore joins a group of drivers that already includes Davide Rigon, Marc Gene, Andrea Bertolini and Jules Bianchi. Regarding the latter, who is also part of the FDA, we are currently trying to find him a role in Formula 1 and when we have some news, we will let you know.”

“It is amazingly motivating to be working for a team like Ferrari, not just because of what it represents in the history of Formula 1 and motoring in general, but also because it will be a completely new and very stimulating experience for me,” said De La Rosa. “I really hope I can get to work as soon as possible and to help in the development of the car. I am happy to be collaborating with Fernando again and also to be working with Felipe. There’s not much time until Australia, but there is a lot to do and I am available to help the team from right now.”

Domenicali: “We have a clear aim, to win”