Zetsche deserves "all the credit" for Mercedes F1 success 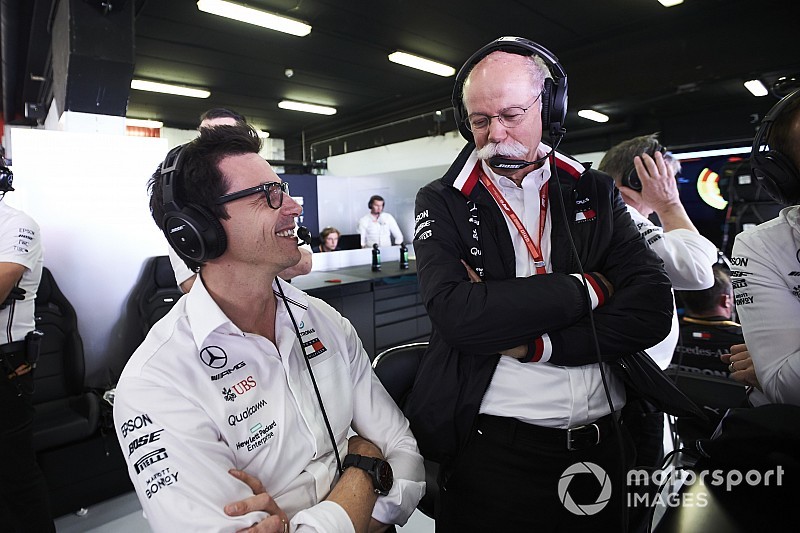 Zetsche has been the head of Mercedes' parent company Daimler since 2006 but is stepping down from his role this month.

He attended the Spanish Grand Prix and joined Lewis Hamilton and Valtteri Bottas on the podium as he collected the winning constructors' trophy.

Mercedes re-entered F1 with a works team in 2010 and since the V6 turbo-hybrid era began in 2014 it has won five consecutive title doubles in F1, and finished first and second in the first five races of 2019.

When Zetsche entered Mercedes' motorhome at Barcelona "to say goodbye" while Wolff was conducting his post-race media debrief, Wolff said: "I need to say a word about you. This is officially your last race as CEO.

"There are not many CEOs that have empowered a group of people like you did, leaving us on the long leash, letting us represent this fantastic brand. And we did it with pride and with great responsibility.

"You went through a storm in 2010, 11 and '12 when the car was going backwards and even in '13 it was not always great. And you stuck to Formula 1 as a CEO of Daimler like no other corporate has ever done, and now we are harvesting this. It's great to see you up there. You deserve all the credit. You have built the structure."

Hamilton's third win of the season and a bonus point for fastest lap lifted him to the top of the standings, seven points clear of Bottas.

The Briton has won four of his five world titles since joining Mercedes in 2013 but has known Zetsche since he was a teenager because of his long-running support from the manufacturer as an engine supplier.

"He's been a massive supporter of mine since I was 13," said Hamilton. "Ultimately he was there in the decision-making process of whether to take me on as a kid.

"When I went to McLaren he was part of the decision-making process of whether I got the Formula 1 drive in 2007. Then joining this team, again, and every year from then we've had to re-sign. This is his last race with us and I just want to say a big thank you to him."

Hamilton also said he found the inspiration for his victory in the form of support from an unwell fan.

He shared a video he had been sent by a young child on social media and said the boy, Harry, was his "spirit angel" as he defeated Mercedes teammate Valtteri Bottas.

"I was super inspired by this young kid that sent me a message, Harry," said Hamilton. We've sent him a card and a cap, and before the race I was chilled but was looking for some inspiration, something to grab onto. I dedicated today's race to him." 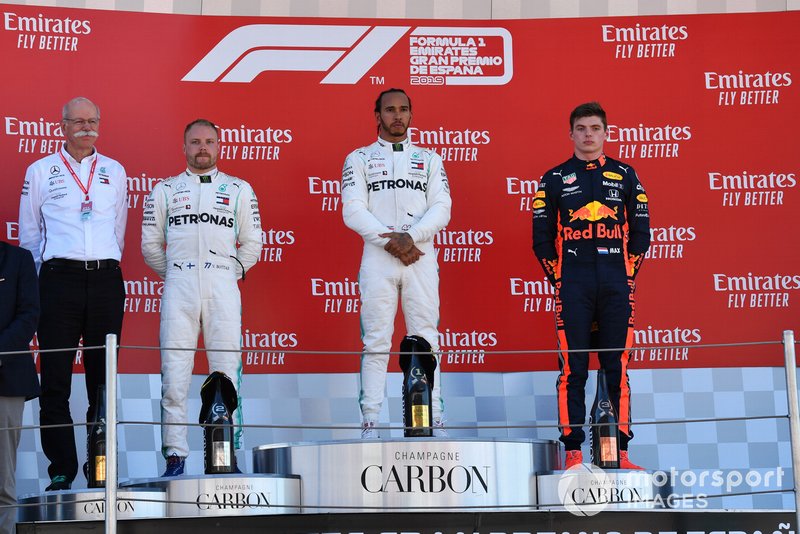