The 23-year-old went even quicker than his best time from this morning to put in a last lap dash to edge out Swiss driver Alex Fontana and German Markus Pommer. Comma-backed Luciano Bacheta secured P4 with Indian racer Parthiva Sureshwaren, returning to the series for a third season, completing the top five. 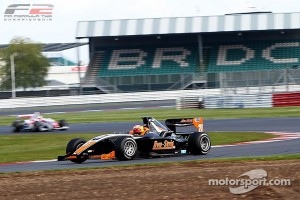 The sun continued to shine for the day's second 45-minute session which saw Pommer and Bacheta setting the early pace lapping in the 1:49s, with David Zhu, the championship's first ever Chinese racer, running well in P4.

Marinescu again began strongly lying second while newcomers Mathéo Tuscher, Fontana and 22-year-old Kourosh Khani showed how quickly they'd got to grips with the upgraded Williams designed F2 car to be inside the top 10.

At the halfway stage it was 21-year-old Pommer who was running top and the first to break the 1:47s barrier with Fontana now in second and Brit Hurst impressing in P3. Fontana then went one better to edge out the German and looked to have the session in the bag until a late charge by Marinescu pushed him off the top spot by just 0.244s. 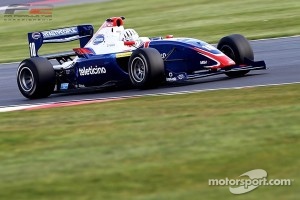 Hurst ended P9 with Plamen Kralev running well to complete the top 10, while 2011 F2 runner-up Christopher Zanella elected not to go out in the session to save on tyres.

The first practice report can be found here