Ellinas turns up the heat at the Red Bull Ring 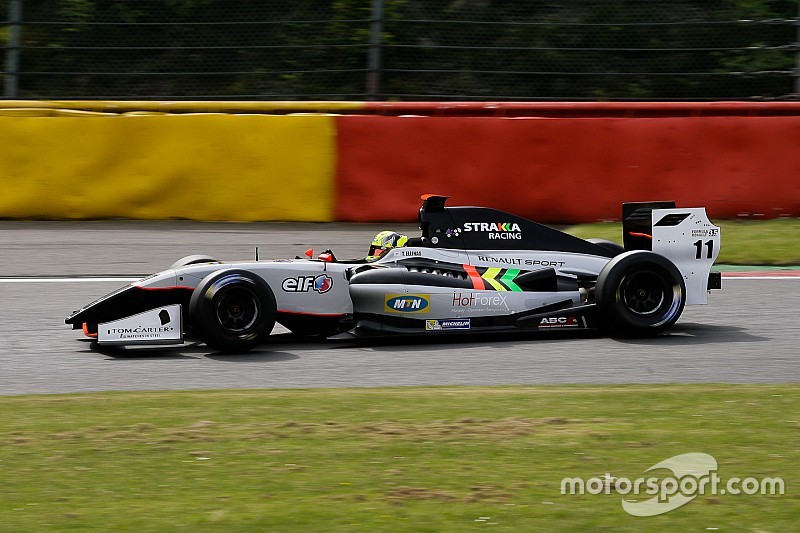 Tio Ellinas stopped the clock in 1:18.222 to lead from Pietro Fantin and championship leader, Oliver Rowland.

Tio Ellinas (Strakka Racing) posted best time of the collective test held this Friday at the Red Bull Ring. The Cyprus native stopped the clock in 1:18.222 to lead from Pietro Fantin (International Draco Racing) and championship leader, Oliver Rowland (Fortec Motorsports). Quickest rookie on the day, Israel’s Roy Nissany (Tech 1 Racing) rounded out the top five. A second session will be held Saturday before the two qualifying sessions to set the grid for the two Sunday races.

Under clear skies, Beitske Visser (AVF) was first to leave the pits and set a time. Her competitors then improved with no less than nine different drivers taking turns at the sharp end of the order until Roberto Merhi (Pons Racing) broke the 1:20 barrier. The Spaniard led from Tom Dillmann (Jagonya Ayam with Carlin), Jazeman Jaafar (Fortec Motorsports), Oliver Rowland and Tio Ellinas at the mid-way point of the session.

Soon after, Tio Ellinas knocked Roberto Merhi off the top spot. The Cypriot’s time was then bettered by Meindert van Buuren (Pons Racing), but the Strakka Racing driver responded with a time of 1:18.222 to end the session on P1, followed by Pietro Fantin and Oliver Rowland. Tom Dillmann posted fourth quickest time ahead of Roy Nissany, Roberto Merhi, Jazeman Jaafar, Alfonso Celis (AVF) and Meindert van Buuren. Gustav Malja (Strakka Racing) completed the top ten in a session where the top 14 was covered by less than a second.

Tio Ellinas: “The session went well. It is a good start to the weekend with a good car. We got the best time, but the serious stuff will begin tomorrow. We are in a good position and we will analyse the data and see where we can gain time. We will see how things go.”

Pietro Fantin: “It is a good start, although it is still too early to know how the weekend will go. The car is good right off the truck and we’ve done a good job getting ready for the meeting since Budapest with a lot of meetings, time on the simulator, while also closely watching F1, which ran here a few weeks ago. Let’s hope this will make the difference!”

Roy Nissany: “I really like this track. It is one of my favourites of the season. The session went nicely. We improve on each lap of each session. The car seems good, we have just a few changes to make. It is a big step forward since Budapest, where I scored my first points. We struggled a bit early in the season, but everything is heading in the right direction. We are really pleased and look forward to see how things go from here!”

An Austrian stopover before vacation