Formula V8 3.5 preview: The dawning of a new era

It may have lost Renault backing and shed a few cars over the winter, but the ingredients remain for a competitive season in the first year of the rebranded Formula V8 3.5 series. Valentin Khorounzhiy surveys the field.

The doom and gloom surrounding the exit of Renault from Formula Renault 3.5 nearly became, it seems, a self-fulfilling prophecy.

After all, despite a very similar calendar, the very same cars and many of the same people staying on to lead the new championship, the new Formula V8 3.5 did lose more teams than it would've liked – and the perception that the championship is in trouble surely did not help.

At the end of last year, the minimum target in terms of grid numbers was set at 18. But that didn't prove viable and, instead, F3.5 will begin its first post-Renault-era season with 15 competitors at Aragon.

The size of the entry may be modest, but it's far from a disaster, especially considering that support from several serious open-wheel operations is still there.

And there's still a fair bit of depth in terms of talent – not exactly in the same league as during FR3.5's heyday back in 2012 and 2013, but also not out of line with some of the earlier Renault years. 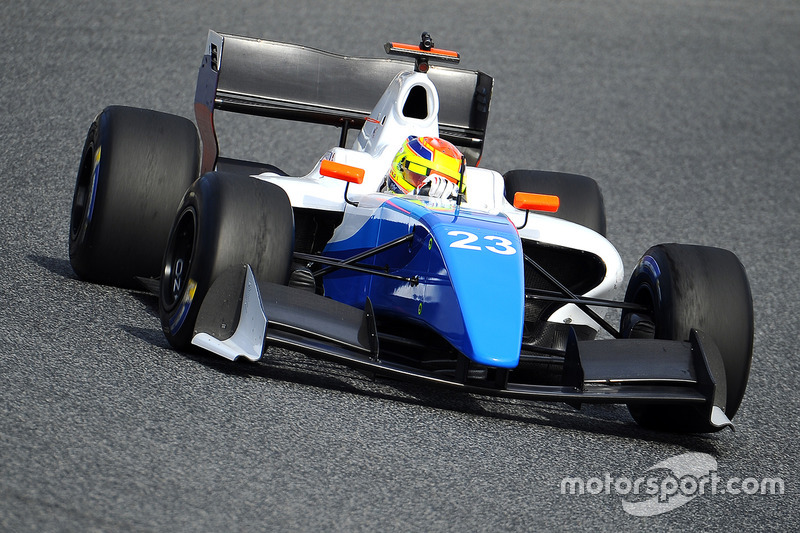 For one, the second-best driver from last year's grid is back and, while he certainly deserved a promotion, Matthieu Vaxiviere will be a welcome sight in the F3.5 field.

The Frenchman immediately finding his feet in the Dallara T12 was a bit of a surprise after his troubled times in FR2.0, but the shock factor has long gone. Vaxiviere is, quite simply, awesome in that car – he is exciting to watch and he is extremely quick.

The big hurdle for the Frenchman is that the SMP squad is new to the championship, but, going by testing so far, that should not be such a major issue.

The most obvious threat to Vaxiviere, on testing form, could come from compatriot Tom Dillmann, now with AVF.

Dillmann didn't win in his FR3.5 campaign with Carlin last year, but he wasn't far off – and he had won in GP2 prior. And this year will be his best chance at a proper title campaign in quite some time.

Also, there's Egor Orudzhev – an SMP Racing protege who, nonetheless, stuck with Arden despite SMP getting itself a F3.5 team.

But the Arden continuity makes perfect sense – he managed to get two shock rookie wins with the team last season and ended the campaign on a fantastic run of form. 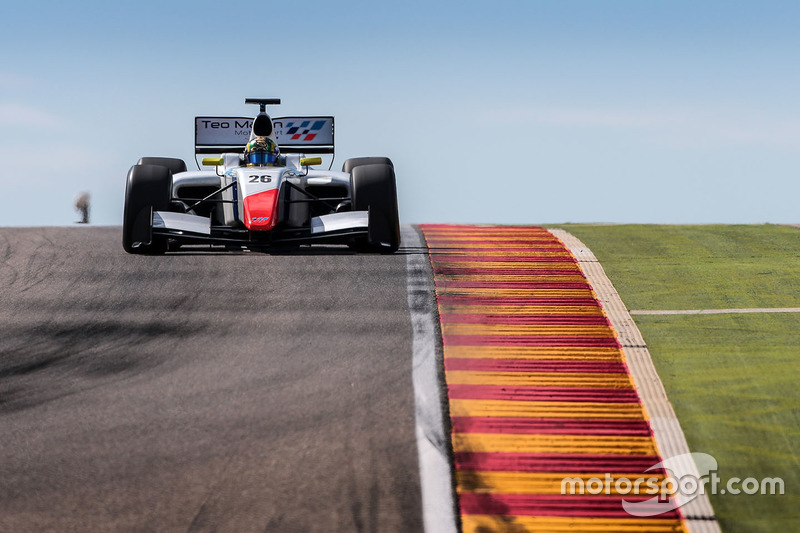 Orudzhev's teammate Aurelien Panis was only 12th overall last year, so he's hard to consider a title favourite, but his pre-season pace was legitimately convincing – the Frenchman was virtually ever-present at the sharp end of the field. So, even if he doesn't end up challenging for overall honours, Arden appears a very good shout for the teams' title.

With Tech 1 leaving, Panis' former squadmate Roy Nissany has also opted for a change of teams, joining Lotus. The Israeli, the author of a surprise podium at Spielberg last year, will be partnered by GP2 stalwart Rene Binder, who himself showed rather well on his 3.5 debut in 2015.

That weekend, Binder partnered another debutant Yu Kanamaru at Pons and the Japanese driver would see out the campaign, impressing quite a few people, before signing up with new squad Teo Martin for 2016.

Completing the AVF line-up alongside Dillmann, meanwhile, is Force India development driver Alfonso Celis, who recently made his grand prix weekend debut in FP1 in Bahrain.

In 2015, Celis looked solid on occasion – and while he's very unlikely to match Dillmann this year, he should at least reliably bank points.

Celis' former AVF teammate Beitske Visser was the final signing ahead of the season, the only female driver in the series joining Kanamaru at Teo Martin.

Visser, a former Red Bull junior, had a rough couple of years in the series so far after the massive step from German entry-level racing. But her track record suggests she can do much better than in 2014 and 2015 and, going by testing, she will. 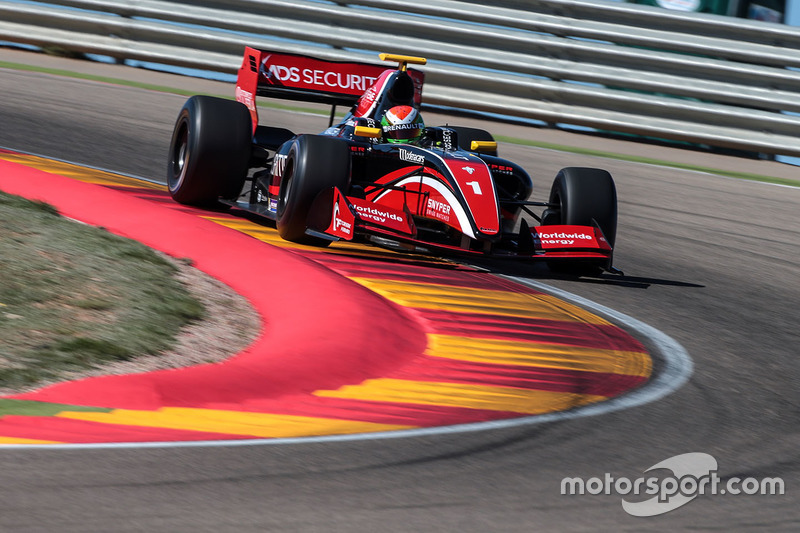 While the Renault split means the series didn't get as many FR2.0 graduates as it would have liked, F3.5 does have a major name from that scene among its ranks – Louis Deletraz, Romain Grosjean's mentee and a member of the new Renault Sport Academy.

The encouraging thing about Deletraz is that he has been getting better and better with each year and, at certain points of last year, looked completely untouchable in a very reasonable FR2.0 field. But he has massive shoes to fill as the previous three drivers to graduate to FR3.5 from 'two litres' with Fortec are Robin Frijns, Stoffel Vandoorne and Oliver Rowland.

Joining Deletraz at Fortec for this year is Pietro Fittipaldi, who the British team promoted from F3. Fittipaldi, likewise, has a strong pedigree in two-litre Renault racing and while his rookie year in F3's massive field was a mixed one, he should feel a lot more at ease in F3.5, where Fortec is much stronger.

Another all-newcomer line-up is at RP, which enters the championship with its Euroformula Open champion prodigy Vitor Baptista and GP2's most experienced driver Johnny Cecotto, albeit both have been closer to the back in the pre-season.

There's one newcomer at SMP – Matevos Isaakyan, replacing the injured Vladimir Atoev late on. Isaakyan has always brimmed with potential, but he'll have to combine GP3 and F3.5 early on and the step he's making is quite massive, so 2016 might end up being a learning year.

Finally, the field is completed by Durango's gentleman driver Giuseppe Cipriani of former AutoGP fame. The Italian was quite a way off the pace in testing, but even if he's unlikely to threaten any of the younger drivers ahead, he'll certainly get quicker as the year goes on. 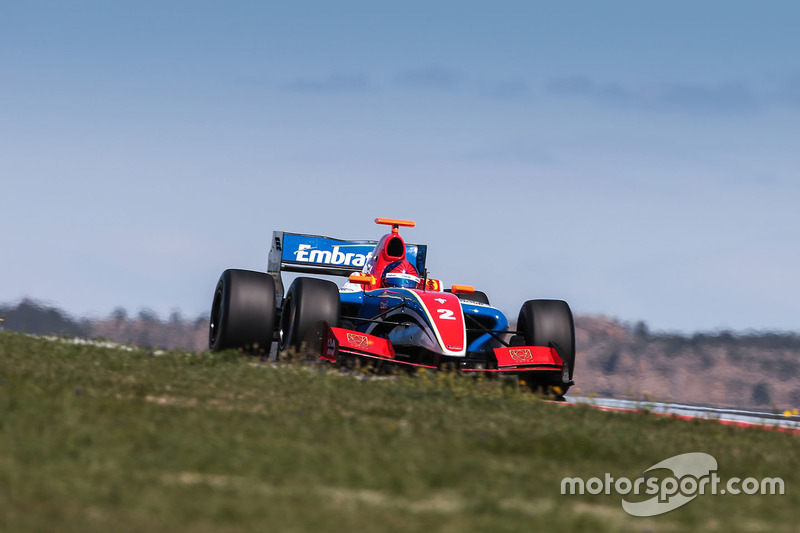