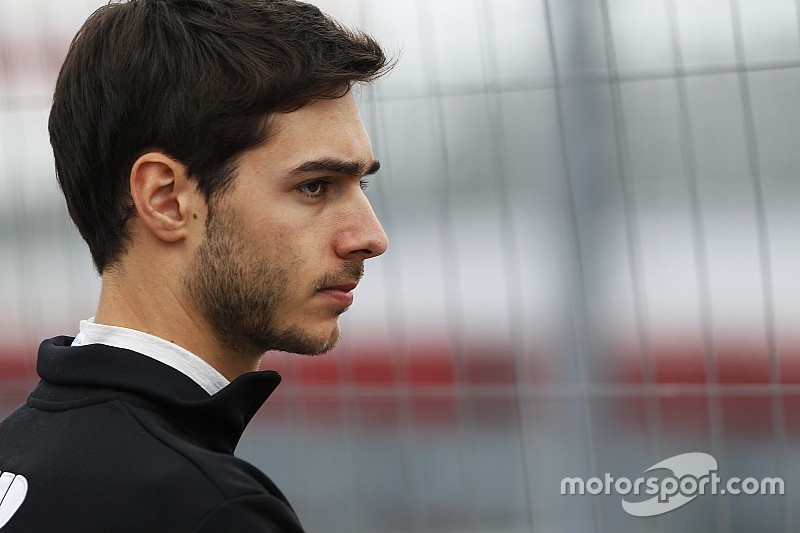 The Charouz-run Lotus 3.5 squad has announced its driver line-up for the 2016 Formula V8 3.5 campaign.

Lotus will field Roy Nissany and Rene Binder in the series' first season since the exit of major backer Renault.

"2016 will be a great year," said team boss Antonin Charouz.

"The series has a new name but we are still motivated to fight for the title.

"We chose two really committed drivers and I’m sure we will show our potential in the nine rounds on the schedule. We worked really hard during the winter, and we are ready to be back on-track more determined than ever."

Nissany, the 21-year-old son of former Minardi F1 tester Chanoch, makes the switch over from French squad Tech 1, which fielded him in his rookie FR3.5 season last year.

With Tech 1, the Israeli driver placed 13th in the standings, picking up a maiden podium at Spielberg.

"I’m so proud and happy to join the Lotus squad," said Nissany.

"I felt really comfortable with the car and all the crew during the winter test in Barcelona. I can’t wait to be back in that car, and it was a great experience. The team has been great as well so I really want to be back on track soon!"

Binder, 24, spent the past three years in GP2, his best result a sixth-place finish in Monaco in 2013.

The Austrian made his FR3.5 debut at Nurburgring last year with Pons Racing, scoring points with an eighth place in the second race of the weekend.

“After three disappointing years in GP2, I am really motivated for great results," he said.

"I think the team can help me to achieve this results and I totally trust them for the preparation of the car. We met a few weeks ago but we always had a great feeling.

"I ran only one [round] last season, but I have to find the right chemistry with the Michelin tires and there are also a couple of tracks I’ve never raced before."

Lotus 3.5's campaign in the series last year was spearheaded by Matthieu Vaxiviere, who finished runner-up and took three wins.

The Frenchman is likewise back in the series in 2016 - with new squad Spirit of Race.