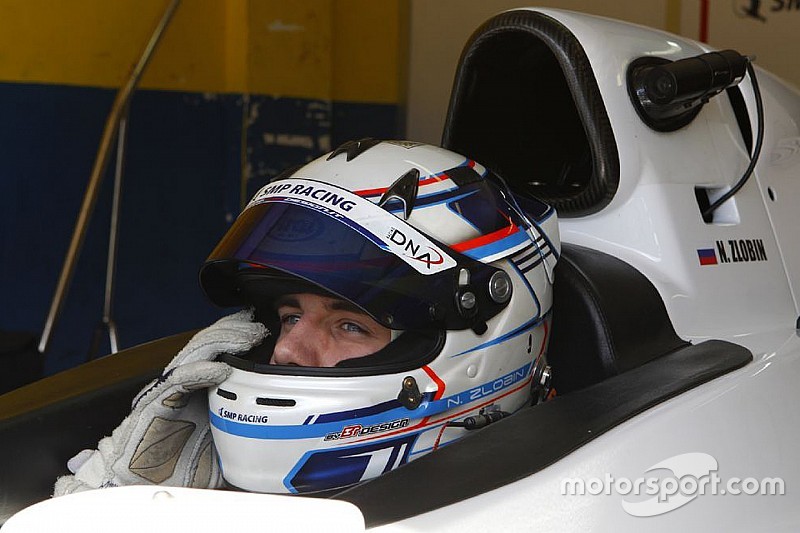 Zlobin, 19, replaces Rene Binder, who scored four points for Pons at the Nurburgring, having himself stepped in for Manor F1 driver Roberto Merhi.

The SMP-backed Russian raced in Formula Renault 2.0 and Formula 3 earlier in his career and stepped up to Auto GP for 2015. He occupied fourth in the standings after two rounds when the series went on hiatus, struggling with a lack of entries.

His father Sergey was a Minardi test driver back in 2002 and won the World Endurance Championship's LMP2 class in 2014.

"We are very thankful to SMP Racing for their trust in our team to develop young driver Nikita Zlobin," said team boss Emilio de Villota. "We will be working very hard with him to grow up together in every session."

With Zlobin confirmed for Le Mans and Jerez, the Russian is set to become the eighth different racer driving for Pons in the 2015 FR3.5 season.

But that number is unlikely to rise any further as Zlobin will be partnered by Yu Kanamaru, who had made his first FR3.5 appearance in the previous round at the Nurburgring.

"The confirmation of Yu for the last two rounds is the result of our good work together at the Nurburgring," said de Villota. "Yu performed above expectations and I am sure he will progress every time he is in the car. For sure, the best is yet to come."

Negrao replaces Fantin at Draco for FR3.5 round at Le Mans