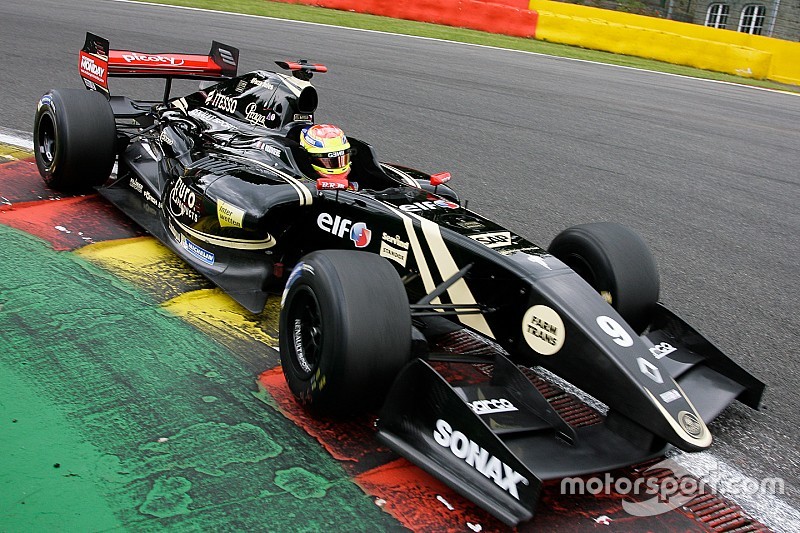 Lotus’ Matthieu Vaxiviere took the winning honours in Race 2 of the Formula Renault 3.5 weekend at Red Bull Ring. His third win of the season as he chases Oliver Rowland for the title.

In a fairly, incident-free race, Vaxiviere having started from pole led every lap of the race to win from the championship leader. Both drivers traded fastest laps, but it was Rowland (Fortec Motorsports) on the last lap of the race clocking 1:19.603 to take it from Vaxiviere.

Rowland started on the front row alongside the French driver after Roberto Merhi (Pons Racing) was suspended from competing in race two as a result of the contact he had in race one; the Spaniard was also excluded from race one results.

Behind them, Tech 1 Racing's Roy Nissany achieved his best ever finish in the championship and a   maiden podium visit. The Israeli driver moved ahead of DAMS' Nyck de Vries at the start of the race and then built a good enough cushion to ensure a third place finish.

On the other hand, the Dutch rookie driver battled hard for fourth with International Draco Racing's Pietro Fantin but the Brazilian applied immense pressure on Vries, which resulted in Vries running wide in turn two, giving Fantin a well deserved fourth position.

Earlier on, Fantin had made a textbook move over Pons Racing's Meindert van Buuren going uphill. Buuren, on the next lap, spun in the final corner and dropped down, ultimately retired from the race after failing to recover from the spin.

Vries ended fifth while the returning Marlon Stockinger (Lotus) scored points as he finished sixth with the lead Strakka Racing of Gustav Malja slotted in at seventh.

Malja's teammate Tio Ellinas was having a great race at one point, which included a move over Bruno Bonifacio for ninth but dropped down later on to finish thirteenth.

The top 10 was rounded off by Jagonya Ayam with Carlin's Tom Dillmann at eighth, the other Fortec of  Jazeman Jaafar ninth and female racer Beitske Visser (AVF) tenth.

The retiring list included Red Bull's protege Dean Stoneman (DAMS) who suffered a puncture when he collided with Arden Motorsport's Nicholas Latifi; the Swiss driver retired after ending up in the gravels.

Rowland leads the championship with 164 points from Vaxiviere on 140 while Jaafar is third with 90 points, Stoneman fourth with 86 and the top five is rounded off by Vries with 76 points.