Italian single-seater giant Dallara is set to evaluate a new single-seater racer to continue the philosophy of its outgoing FIA Formula 3 car.

Motorsport.com understands that Dallara has been approached by the organisers of at least three different championships to produce a new chassis featuring the halo for 2020, after the FIA homologation of the existing chassis runs out at the end of ’19.

One of them is F3V, a subsidiary of the DTM-promoting ITR, which organised the FIA’s F3 European Championship from 2013-18 but has been elbowed out of the governing body’s new FIA F3 category, which will run on the Formula 1 support bill.

Another is Euroformula Open promoter GT Sport, which has run its series for the current-generation Dallara chassis and a spec Toyota engine since 2012, and next season is opening its doors to the powerplants introduced by the FIA to European F3 in ’14.

Also, the Japanese F3 Championship has investigated adopting the FIA’s new Regional F3 initiative, but has rejected that in favour of staying with the traditional philosophy of F3.

Dallara F3 project leader Jos Claes told Motorsport.com: “There are customers of ours who asked us to work on something else other than what the FIA has to propose.

“They can’t all run International F3 cars, and they seem not to embrace the FIA Regional F3 cars, so they asked their traditional supplier to come up with something else, and we are indeed reflecting on how to answer their requirements.

“It’s our duty to serve our customers, so it’s up to us to see if this is feasible and if we can manage to make a light, halo car.”

GT Sport boss Jesus Pareja told Motorsport.com that he is sure that Dallara can produce such a car for 2020.

“We are supportive of having an update of the car in 2020, incorporating the latest technology and safety features such as the halo,” said the ex-Group C racer.

“F3 is one of the longest-standing and successful formulae in motorsports in terms of efficiency, technology and cost-performance ratio, and we are completely convinced that Dallara will be able to retain this philosophy in the development of the car update.”

Carlin team boss Trevor Carlin, whose squad will remain in Euroformula Open as well as operating in the new FIA F3 series, said: “It makes sense on lots of levels because it’s a fantastic car.

“It would be a shame not to carry on using it [the philosophy], but in the same breath what the FIA have done with safety with the halo, it makes sense to incorporate that.

“For me it’s a fantastic idea.”

Carlin, whose team won multiple British F3 titles under the category’s old regulations and carried Lando Norris to the 2017 European crown, added: “It always has been the best category for young drivers and hopefully it always will be.” 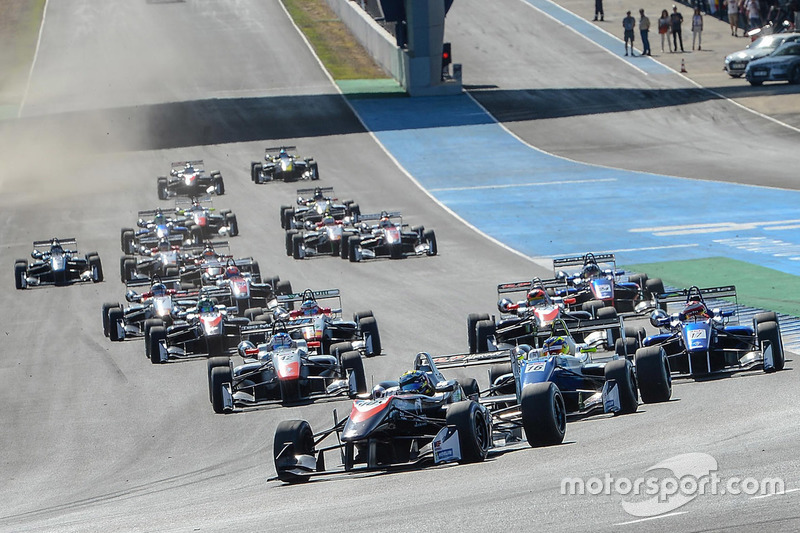