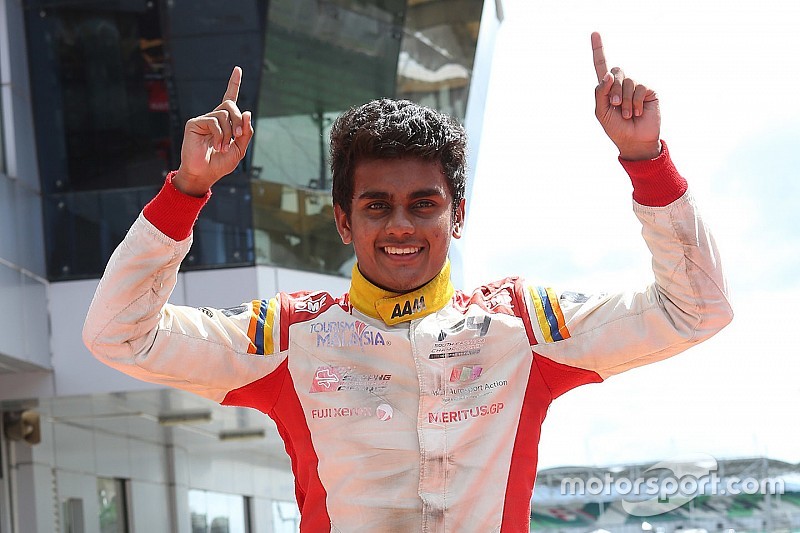 Akash Gowda has become the first Indian driver to sign up for the inaugural season of FIA F3 Asian championship.

Gowda will compete for Armaan Ebrahim’s MSport Asia team in the FIA-sanction series alongside a yet-to-be announced driver.

He makes the jump to F3 after spending two seasons in various F4 categories, including the Formula 4 South East Asia series, where he was classified third in the championship.

He has also had a fair amount of success in India, winning the National Karting Championship in Junior class in 2015 and finishing fourth in last year’s JK Tyre Racing Championship (Euro JK series).

The Asian F3 series has been launched by the FIA as part of the governing body’s effort to bring standardised F3-level cars to a regional level. It aims to bridge the gap between F4 and the new-for-2019 international FIA F3 series.

The first ever season of Asian F3 series gets underway next month at Malaysia’s Sepang International Circuit.

China’s Ningbo International Speedway and Shanghai International will host rounds in the middle part of the season, while the championship will return to Malaysia for the curtain closer.