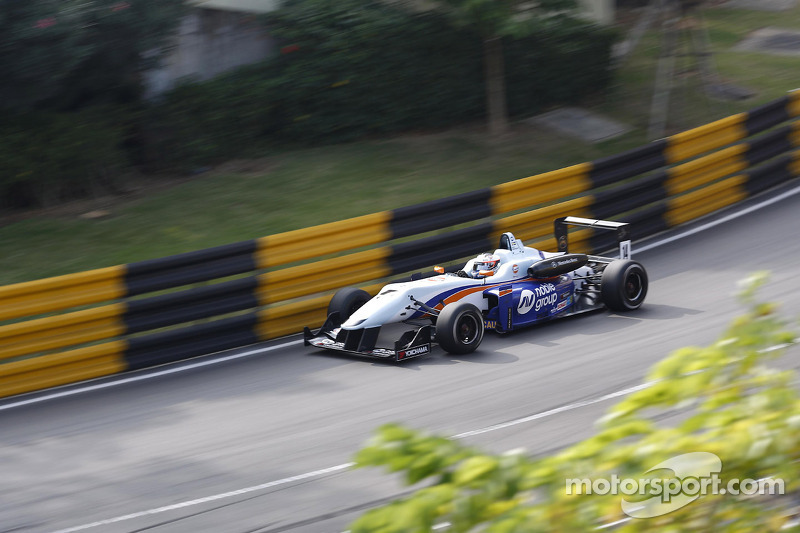 The vice European champion Felix Rosenqvist secured the second position behind Alex Lynn in the race on the 6.12 km long city course.

Berlin/Macau (rol/ot) The German Team kfzteile24 Mücke Motorsport from Berlin scored a starting position in the first row of the field on Saturday (16th of November) in the Qualifying Race for the Macau Grand Prix of the Formula 3 in China. 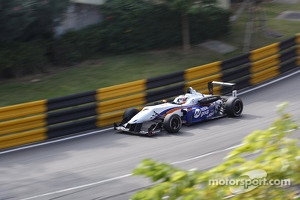 The vice European champion Felix Rosenqvist (Sweden), who starts in Macau as the candidate "GR Asia with Mücke", secured the second position behind the British Alex Lynn in the race on the 6.12 km long city course in the former Portuguese colony.

The Japanese Mücke pilot Yuhi Sekiguchi improved his position of the time practice about three ranks to 15. His Netherland team colleague Dennis van de Laar (all Dallara Mercedes), on position 22 after the time practice, stood still right at the start of the Qualifying race and has to attack from the end of the field at the Grand Prix of the 28 world’s best Formula 3 drivers.

The 22 years old Rosenqvist, last year second at the Grand Prix with Mücke Motorsport in Macau, achieved the second position at the Qualifying on Friday (15th of November) as well with only six hundreds of a second behind the Italian European champion Raffaele Marciello (Dallara Mercedes) and two hundreds of a second ahead Lynn.

At the Qualifying race on Saturday, the Mücke pilot scored the lead. But then there has been a Safety Car phase, after which he was on second position behind Lynn and finished second ahead Marciello and last year’s winner Antonio Felix da Costa (Portugal/Dallara Volkswagen). Rosenqvist scored the fastest lap time furthermore.

"That is a great starting position for the race on Sunday for Felix, who could have won the Qualifying race without the Safety Car phase", team principal Peter Mücke said. "It is very important to be in between the first three drivers in Macau. That way you can use the slipstream on the long straight and after that, when the track leads into the city, you can score the lead and an advance", Peter Mücke explained. "So all doors are left open for us on Sunday to fight about the victory."

Victory for Lynn and Prema at Macau