The Macau Grand Prix will be for Formula 4 cars this year, bringing to an end a 37-year run for the event as the blue riband of Formula 3 competition.

Hopes still lingered that teams from the FIA Formula 3 Championship would be able to contest the race for a second successive season, but these have been ended at a press conference held by the Macau Grand Prix Organising Committee.

Neither will Dallara 320 cars from Euroformula Open and Japan’s Super Formula Lights series – conforming to the philosophy of F3 under which the Macau GP ran from 1983-2018 – be competing on the Guia circuit.

Motorsport.com understands that the biggest stumbling block for F3 teams is the Macanese quarantine regulations. Macau has not had a single case of COVID-19, and has a strict 14-day quarantine stipulation for international visitors.

MGPOC sporting sub-committee coordinator Chong Coc Veng said: “We are in close communications with a number of parties in organising races for the Formula Macau Grand Prix.”

According to sources in Asia, Chong confirmed verbally after this statement that the event, which takes place from 19-22 November, would be for F4 machinery.

China has its own FIA-endorsed F4 championship, using the same Mygale chassis as is campaigned in the British, French and NACAM (Mexico) series, but with engines supplied by Chinese manufacturer Geely.

It is unclear whether the race could be opened up to international drivers willing to go through the quarantine process – the British F4 Championship finishes the previous weekend at Brands Hatch, so anyone competing there would not be able to race in Macau.

The other flagship races of the event – the FIA GT World Cup and FIA World Touring Car Cup round – have also been replaced by races targeted at local and regional participants.

“The Macau GT Cup will feature two classes of race cars, the GT3 and GT4,” said Chong. “Drivers will be selected from China GT Championship and Asia Pacific GT, as well as drivers from Macau.

“The Macau Guia race will be run in the TCR format featuring selected drivers from TCR Asia Series and Asia Pacific Touring Cars 2.0T races as well as local drivers.”

Chong concluded: “Given the recent development of the COVID-19 pandemic, MGPOC has prepared several back-up plans and will make appropriate arrangements for the races in case of any changes to the pandemic situation.” 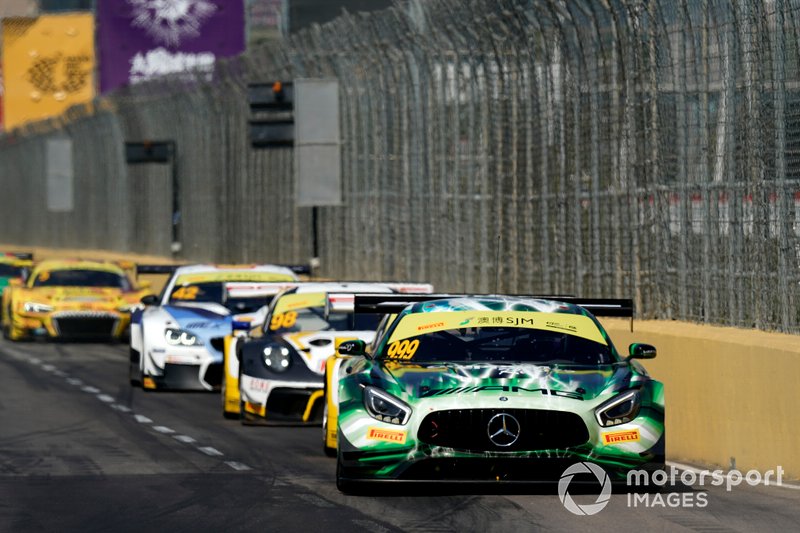