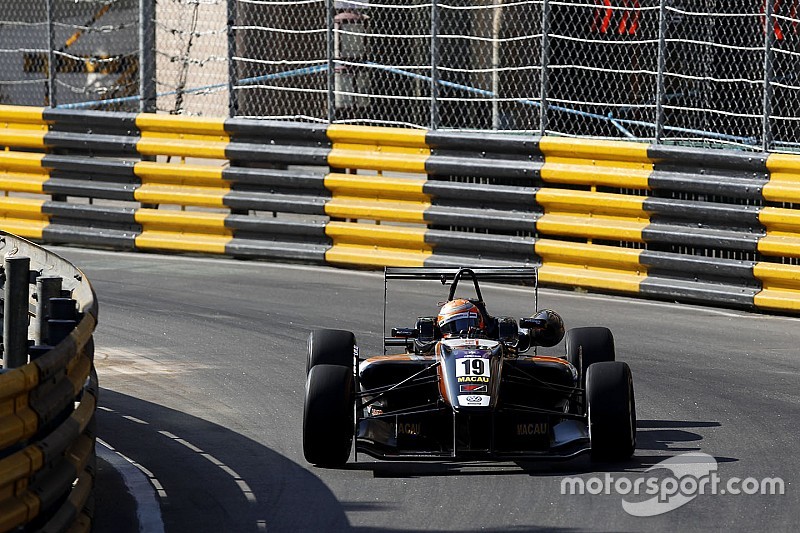 Markus Pommer set the fastest time so far of the Macau Formula 3 Grand Prix weekend to lead the way during final practice on Friday.

The Motopark driver moved to the top of the timesheets just past the halfway point of the 40-minute session before delivering a series of quicker laps to end up 0.321 seconds ahead of provisional pole position man Felix Rosenqvist.

Pommer was particularly strong in the mountain section, producing purple times in sector two throughout, to set himself up for a challenge on the top spot in the afternoon's final qualifying session.

Van Amersfoort Racing's Charles Leclerc, who briefly topped the timesheets early on, ended up third quickest ahead of Carlin's Antonio Giovinazzi, whose team had fixed the brake problem that ended his qualifying run early on Thursday.

Prema's Lance Stroll bounced back from an incident at the Melco Hairpin halfway through the session, when he went head on into the barriers, to set the fifth fastest time on his first visit to Macau.

There was only one red flag, which was called out with 13 minutes to go, after Dorian Boccalacci made a mistake at San Francisco Bend and clouted the barriers.

The other major incident came early on with Martin Cao damaged his right hand side suspension when he hit the barriers, but he was able to get back to the pits.