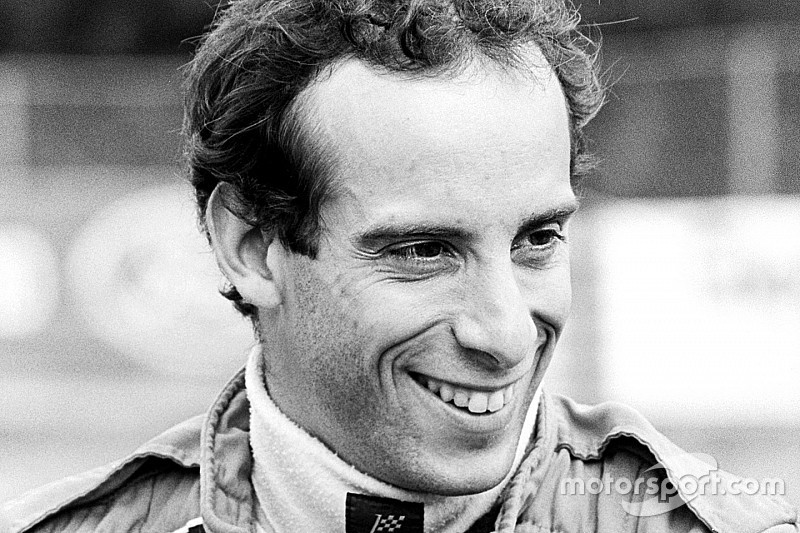 In the eyes of many, Bertrand Fabi was to be the next Canadian racer in Formula 1. Regrettably, he lost his life when testing a Formula 3 car at Goodwood on 22 February 1986.

Bertrand Fabi was born in Sherbrooke, southern Quebec, on 21 June 1961, and got the racing bug at 17 when Gilles Villeneuve won the Canadian Grand Prix in Montreal in 1978.

His family business was to run a fleet of ambulances, and Bertrand was one of their drivers. As a keen motorsport fan, Fabi drove the wheels off his ambulance…

Fabi, who had never raced a kart before, took the basic driving course at the Jim Russell Racing School at the Mont-Tremblant circuit. His instructor was no other than Richard Spenard.

“I was blown away by his stunning car control. He was a very good student, easy to coach, very disciplined. We soon became very good friends”, Spénard told Motorsport.com.

There was another older student in Fabi’s classroom, a wealthy businessman called Raymond David.

Spenard continued: “Raymond had a lot of money and wanted to race cars. I suggested him to contest the school championship where Raymond raced against Bert [Fabi].

The two became good friends. And since Raymond had very good business contacts in Europe, he helped Bert with his career."

In 1984, Bertrand Fabi contested the Canadian Formula 2000 series in a Van Diemen RF84. The car was not the best in the field and Fabi, quite inexperienced, often left the road or collided with rivals.

When it came to the Canadian Run-Offs in Shannonville, Ontario, David offered him to race his Reynard. Within 12 laps, Fabi put the car on pole, and then easily won the race.

Thoughts turned to 1985 and Raymond David told Bertrand Fabi: ‘You either carry on with the Canadian series or else find $50,000 and race in Britain or Europe’. Fabi found the money and, with the help of David, flew to Great Britain.

Fabi first contested the Brands Hatch-based Grandstand Trophy, a five-round winter series for Formula 2000 with Penistone Racing. His inexperience saw him involved in a few accidents and his best result was just a fifth place.

“I was him race and fight against Damon Hill. Bert was not impressed by his rivals, and even pushed Hill off the road once as a payback to a dirty move Hill made on him earlier," Spenard recalled.

"And that's when I lost touch with Bert. I was setting up my own racing school at that time, but Raymond David was spending a lot of time with Bert in the UK”.

A few weeks later, Fabi started the season with Penistone Racing but switched to Richard Dutton after the few rounds. With impressive car control and stunning maturity, Fabi won races and claimed the ’85 British, European and Benelux FF2000 Championships.

By the end of the season, Fabi was being saluted as one of the most talented drivers of his generation, and was considered a F1 champion in the making.

“Was Bert en route to F1? I think so," added Spenard. "Raymond David excelled in political games and was really good in negotiations. He told me he had a plan for Bert’s career, and I think Bert could have made it to F1.

For 1986, Fabi stuck a deal with Dick Bennetts to drive a VW-powered Ralt RT30 in the British F3 Championship. Fabi was quick in each test session. On 21 February, with Silverstone unusable because of the weather, Bennett’s West Surrey Racing travelled down to Goodwood.

David Scott, driving a Reynard, has set a very quick time and Bert was told not to pay too much attention to it. But Fabi drove the wheels off the Ralt on the near-zero temperature track.

The combination of Bertrand's unrelenting quest for speed with slippery track surface and possibly cold tyres proved tragic. The Ralt left the road at the fast Madgwick right-hander, crashed violently against a frozen dirt bank and overturned.

Fabi was evacuated to the hospital, suffering from serious head, legs and abdomen injuries. His parents boarded a flight to England to be with him. The following day, Fabi's parents decided to turn off the supporting equipment that kept him alive.

“When I got the news of his death, it received like a big hit on my head," said Spenard. "I even found it hard to continue my work as a racing instructor.

"I was really close to Bert, and that was a huge shock. I also never expected someone could get killed in an F3 car.

He added: “Bert was amazingly competitive. He always wanted to be the quickest guy. Raymond [David] told me that Reynard probably wanted to sell more cars by running [David] Scott in a car that was not fully legal, just a set a quick time.

"But why did the team run this test in such terrible conditions? There was no guardrails where the car went off the road. I think this test should not have happened."

Dick Bennetts admitted he sees Fabi up there with his other F3 stars Ayrton Senna and Mika Hakkinen. He added that Senna and Fabi were tremendously fast, showing car control skills that often seemed impossible to others.

“I quickly noticed his immense talent. I knew he was good, but you’re never sure how good a guy is until he fights against the best in Europe”, Spenard added.

“When I read that some team managers consider him as good as Ayrton Senna, that’s mighty impressive. It proved I was right about him.

"But what he did in Europe was a lot bigger than I could have imagined. Bert was a charming guy, a fun chap and a fantastic racer.

"After 1986, I decided not to get too friendly with other racers and students. Bert’s death had been too hard for me to take.”