A look at the F1 Clienti field at Mugello 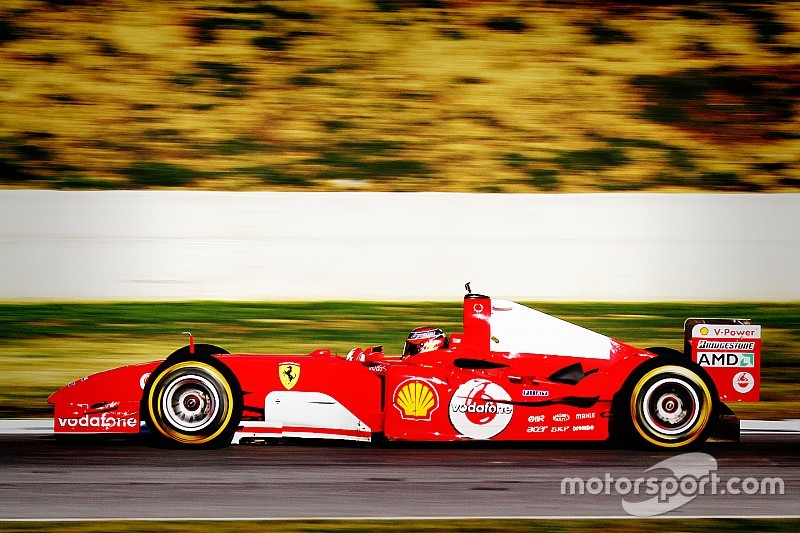 The classic Formula 1 exhibition runs have always been one of the most anticipated moments of the Ferrari Finali Mondiali programme, year after year.

The best Ferrari F1 technology of the last 10 years is showcased in the hands of private owners - lucky people, but also excited race fans who cannot wait to emulate their own heroes.

Despite the non-competitive nature of the event, the driving skill involved is in some cases quite close to those of professionals. For example, Britain’s Simon Dolan cruised to a spectacular win in the 2014 24 Hours of Le Mans in the LMP2 class, just a few years after making his first steps in touring car competition. Now, his laptimes are not too far away from the ones of actual F1 racers as he drives a 2010 Ferrari F10 previously piloted by one Fernando Alonso.

Hubert Haupt, coming from Germany, also had a consistent career starting in 1969. He scored one podium finish in 36 DTM starts and also took part in series like the German VLN, Indy Lights, FIA GT and ALMS. He ran at Le Mans and Sebring, on the legendary Nordschleife and recently won the 24 Hours of Dubai overall.

American Peter Mann has been racing GT cars at a high level for the last three years. In addition to running in classic car competitions, he entered the last two editions of the 24 Hours of Le Mans with a Ferrari 458 GTE car. He also won the Blancpain Endurance Series Gentlemen Trophy Cup in 2014.

Coming from Argentina, Luis Perez Companc needs no introduction. Having enjoyed his share of success in rallying, with many appearances in the WRC over the years, he moved to endurance racing in 2009, driving Ferrari GT cars at Le Mans and in World Endurance before stepping up to the LMP2 Class. His legacy is now in the hands of his young nephew Ezequiel, who cruised to five wins this season in the International GT Open and is a Ferrari Challenge champion himself.

Frank Kanayet drives Felipe Massa’s F2007 F1 car, and is also related to a rising star. His nephew Kevin is one of the brightest racing prospects from Colombia. At the age of 16, he made his single seaters debut in the Italian Formula 4 championship, cruising to his maiden victory at Imola.