Anassis and Conde victorious in Race 1 at Mont Tremblant 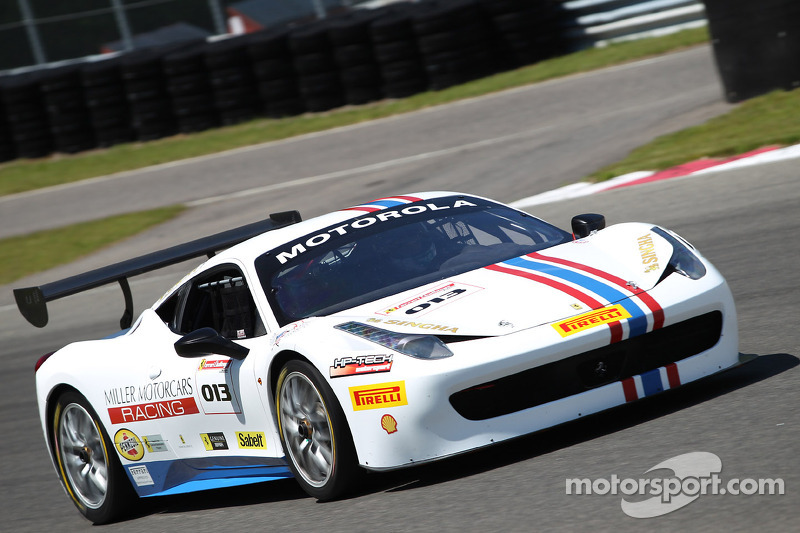 The second race of the weekend will go green tomorrow at 1:50 PM EST.

Mont Tremblant – The fifth round of the North American Ferrari Challenge Trofeo Pirelli was in full force today at Circuit Mont-Tremblant in Québec. In addition to the racing action from the 458 Challenge EVOs, the XX Programme and F1 Clienti drivers enthralled fans with the showcase of their Prancing Horses on the track.

Canadian Emmanuel Anassis (Ferrari of Quebec) took his second victory of the season, starting today’s race in pole position and finishing at the top of the podium’s steps. He also set the fastest lap time in 1.38.120. Following closely behind him in the Trofeo Pirelli class, Ryan Ockey (Ferrari of Ontario) finished second while Carlos Gomez (Ferrari of San Francisco) finished in third place, overtaking Doug Peterson (Miller Motor Cars) before the first and only caution of the race. An incident sidelined teammates Eric Cheung and Victor Gomez of Ferrari of Ft. Lauderdale on the fourth lap.

Carlos Conde had a successful comeback to the series after a two-year hiatus. Conde, who drives for Miller Motor Cars, fiercely fought and maintained his position, finishing first in the Coppa Shell class and sixth overall. Teammates at Ferrari of Beverly Hills, Jon Becker and Chris Ruud finished second and third respectively.

The second race of the weekend will go green tomorrow at 1:50 PM EST.

Perez and Ruud, the winners of Race 2 in Mont Tremblant