Ferrari has revealed an updated version of its 488 GT3 racer, the EVO 2020, which will be eligible for international competition next year. 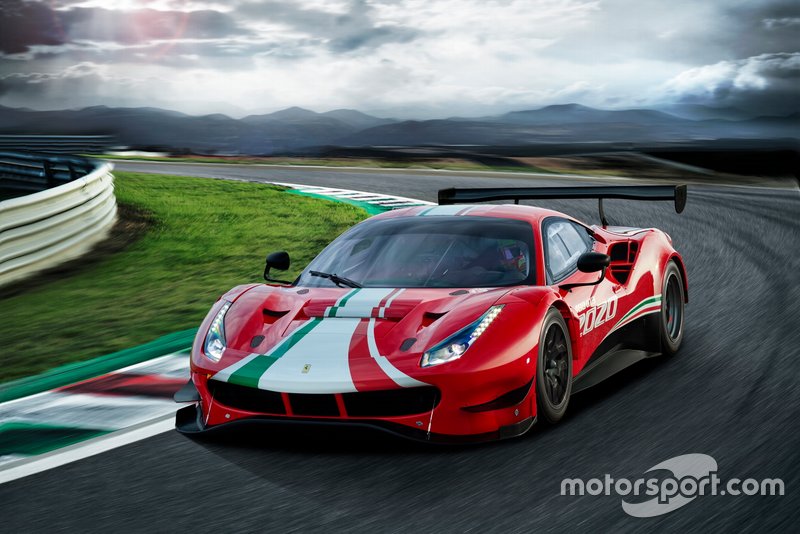 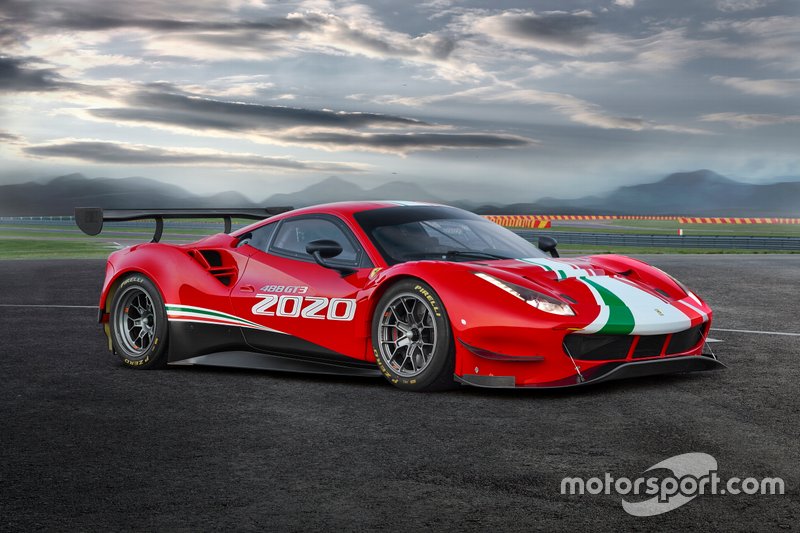 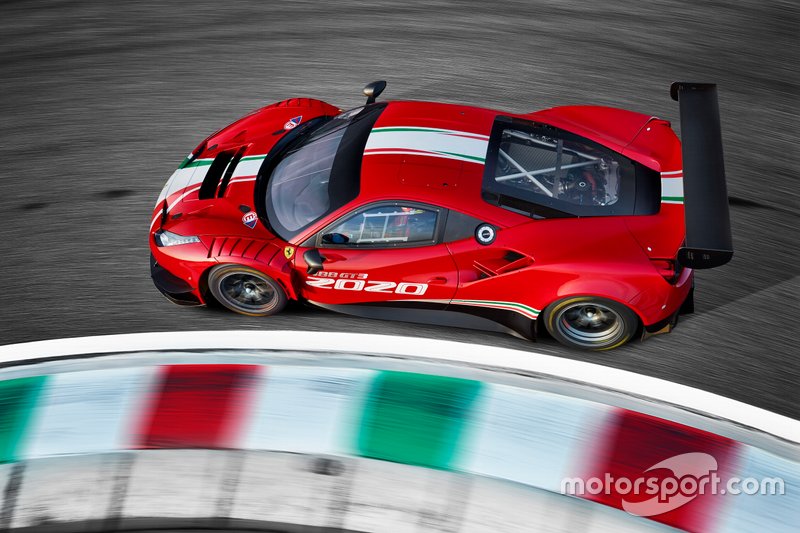 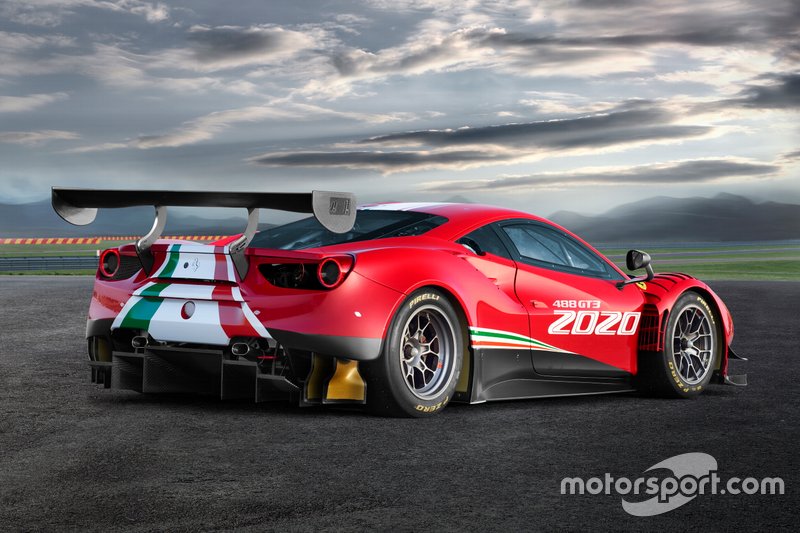 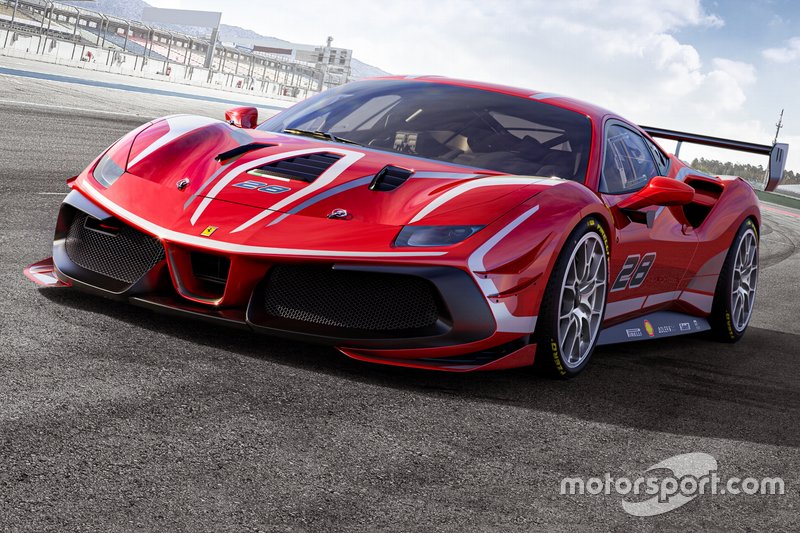 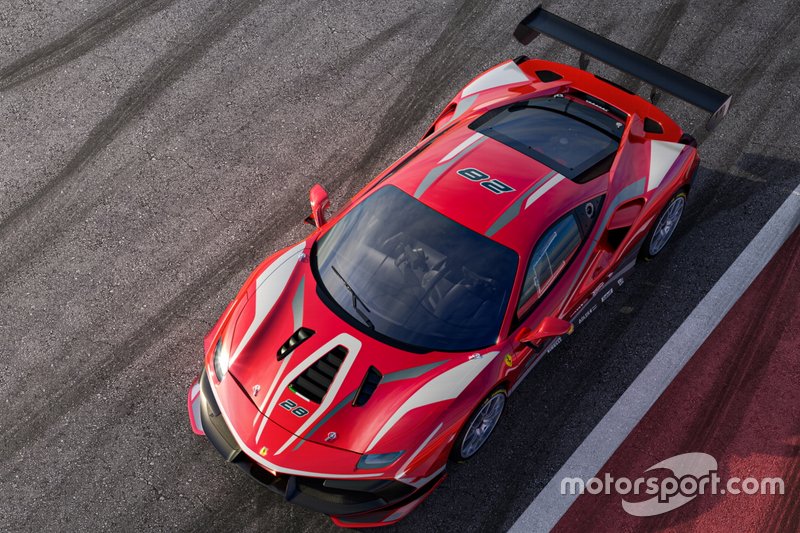 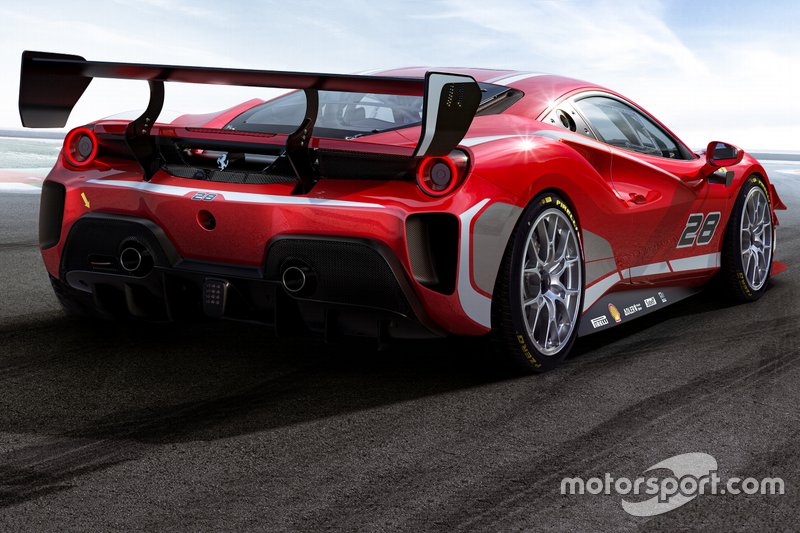 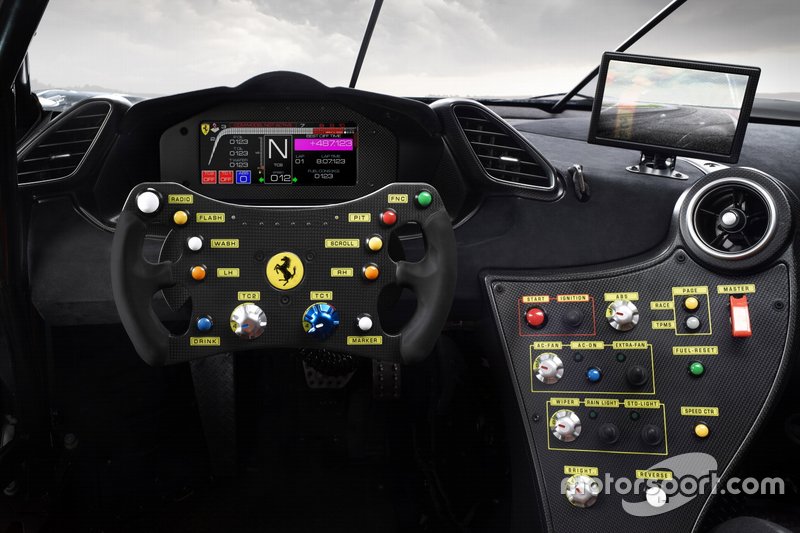 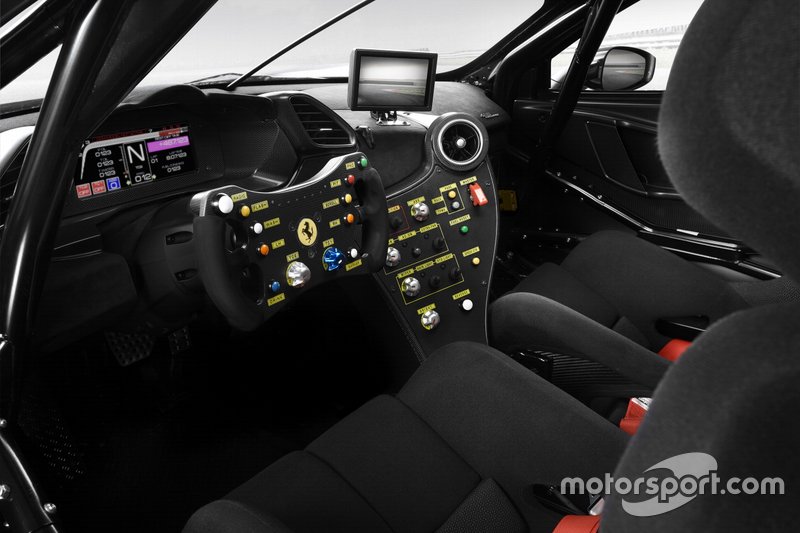 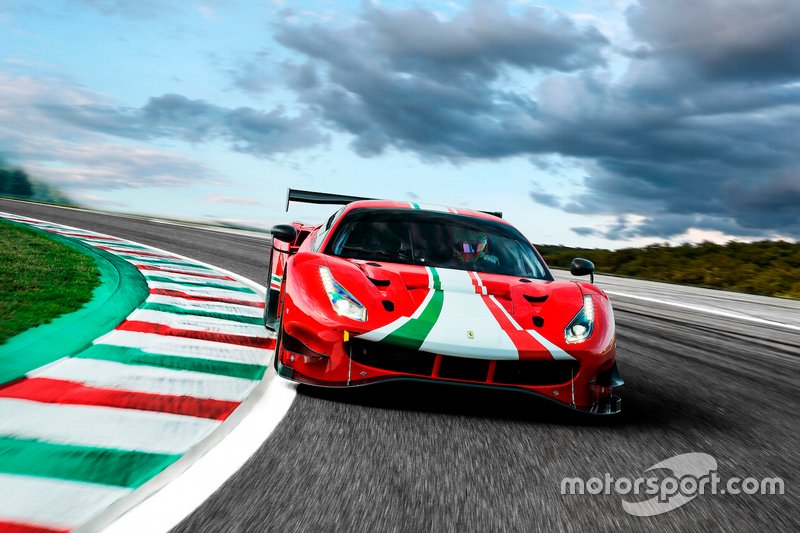 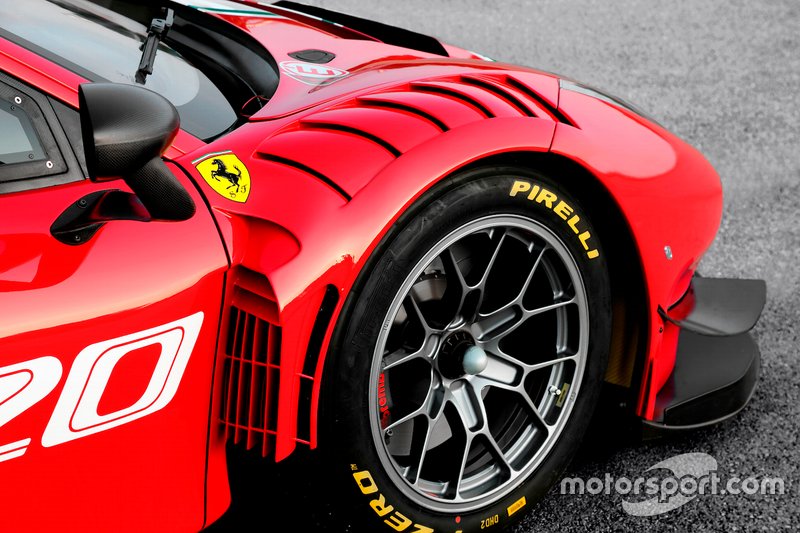 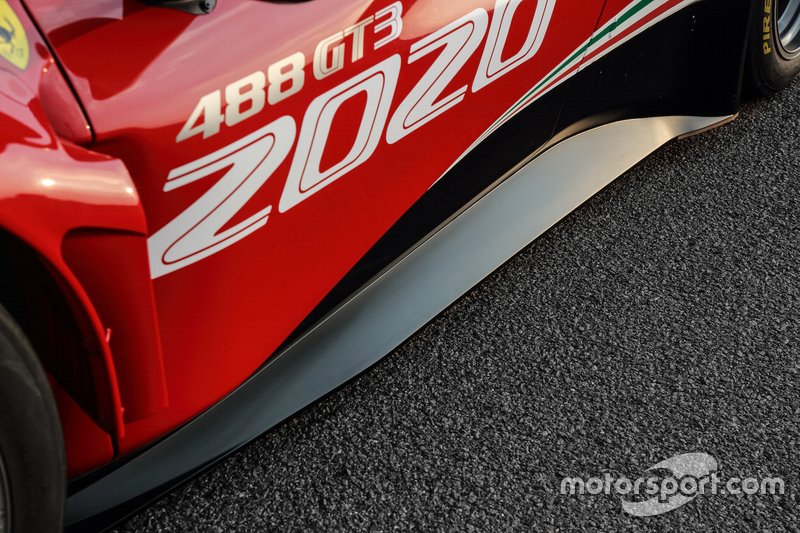 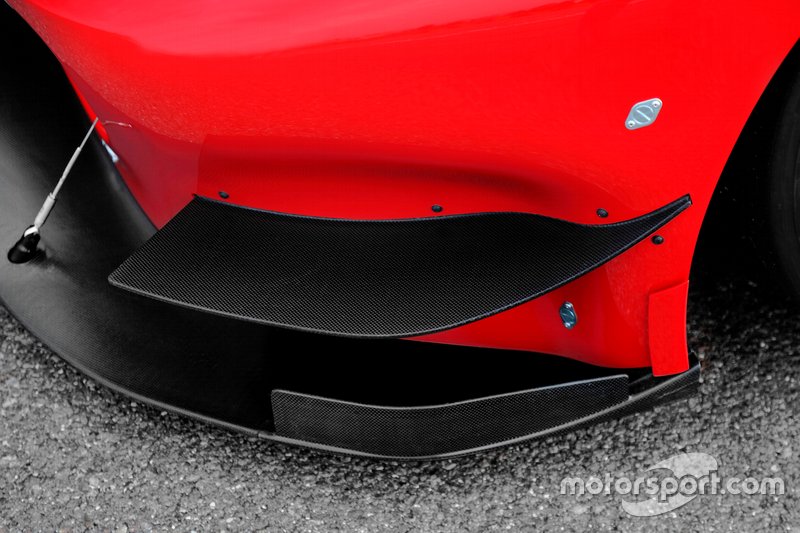 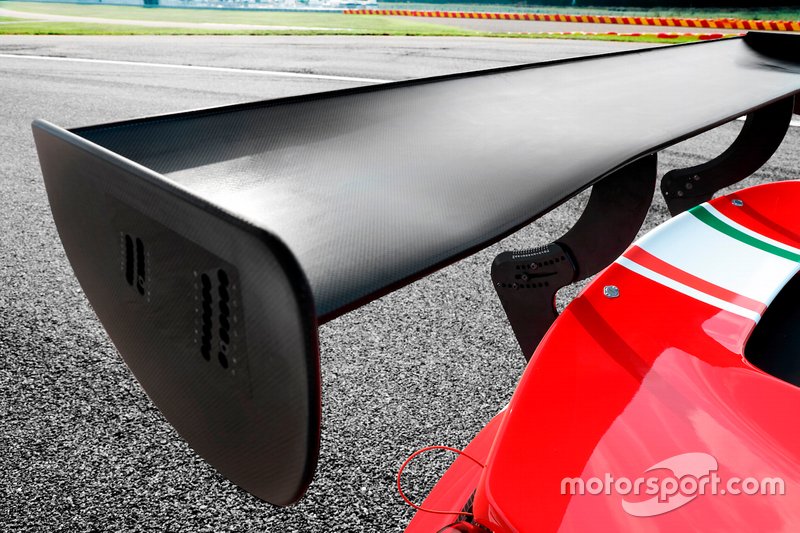 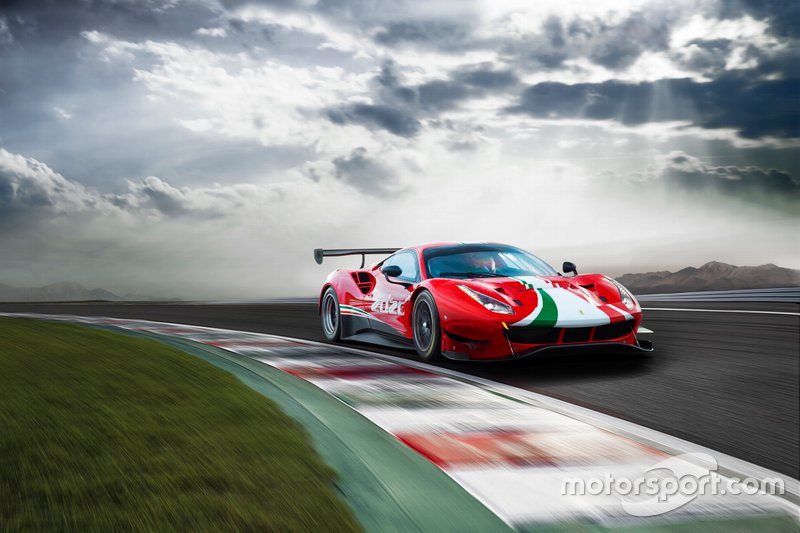 The third generation of the car, first released in 2016 and updated in 2018, was unveiled at Ferrari’s Finali Mondiali at Mugello, and will be available as a new car or an upgrade for existing customers.

It features a longer wheelbase to bring the car into line with the 488 GTE model and facilitate the conversion between the interchangeable kits, while also reducing tyre wear.

A redesigned front bumper with a smaller frontal section under the headlights aims to improve stability, and a new engine management system for its twin-turbo V8 is intended to produce smoother torque delivery and improved reliability.

The car’s overall weight has been reduced, allowing for more favourable placement of ballast to reduce its centre of gravity.

Ferrari has also developed an endurance kit, which comes with a carbon-fibre clutch, additional headlights on the bumper, and brake callipers adopted from the GTE car.

The 488 GT3’s list of major honours include two IMSA GTD titles in 2016 and ’17 with Christina Neilsen and Alessandro Balzan and the 2017 Bathurst 12 Hours with Jamie Whincup, Craig Lowndes and Toni Vilander, with the 2018 ‘EVO’ version securing last year’s GT Open title with Mikkel Mac and this year’s Blancpain GT World Challenge America title, also with Vilander.

Ferrari also used its Finali Mondiali to release an aggressive update of its Challenge car, the 488 Challenge EVO, which will also be introduced to all of its one-make regional series next year, with the exception of the new-for-2019 UK championship, which will use the new kit from 2021.

The re-styled 488 Challenge EVO has significantly altered nose section, with an aggressive splitter design that can be adjusted independently to improve front-end grip.

Figures published by Ferrari claim that it will result in a 30% increase in aerodynamic efficiency relative to the existing car, introduced for the 2017 season, and an overall 50% increase in downforce.