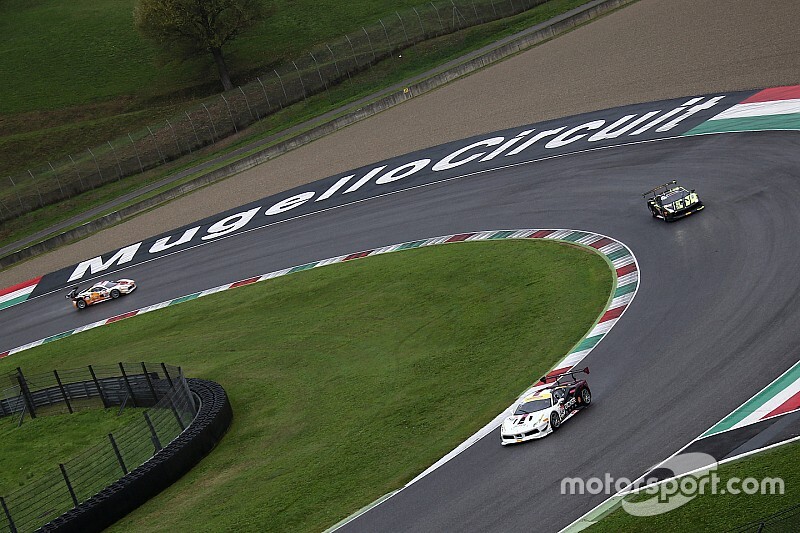 Ferrari Challenge North America title rivals Benjamin Hites and Cooper MacNeil will share the front row for the first of two races that will decide the championship at Mugello.

TR3 driver Hites trailed MacNeil’s Scuderia Corsa entry by nine points heading into the weekend, but has closed the gap to eight after beating MacNeil to pole by 0.71s.

Hites’ benchmark time of 2m06.91s had been two seconds clear of the next fastest time until MacNeil posted his lap on his final tour of a session that began in slippery conditions after heavy rainfall on Wednesday evening.

Coppa Shell champion Mark Issa (Ferrari of Atlanta) was another late improver and will start third, ahead of Pirelli Am leader Ziad Ghandour's R3 Motorsports entry.

Ghandour, who swept both races from pole at the last round in Florida, is six points behind main class rival Neil Gehani (HP Tech), who starts only ninth.

The session was briefly red-flagged when Claude Senhoreti stopped on track, but the Ferrari of the St. Lauderdale driver recovered to go seventh quickest.

Mark Davies (New Country Competizione) was the quickest of the Shell-Am contingent in 11th, a little over a tenth clear of early pace-setter and class points leader Brad Horstmann's Riley Motorsports machine.