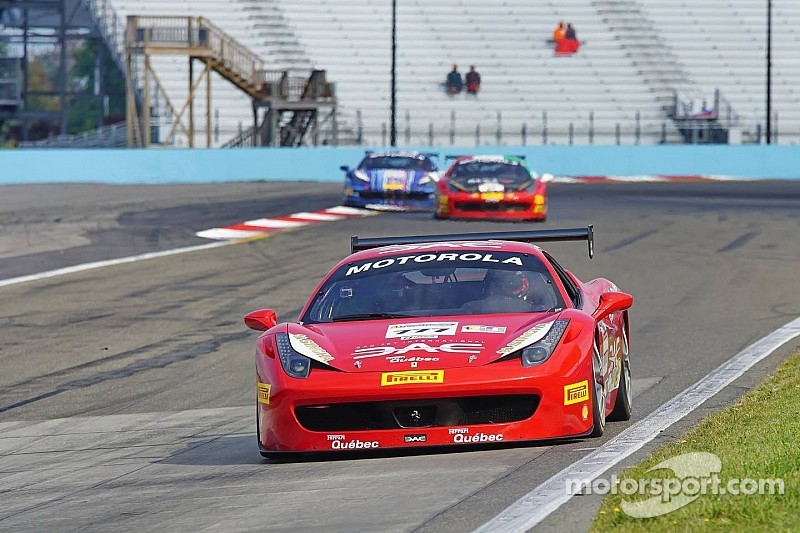 Watkins Glen, N.Y.) – Twenty-five examples of the Ferrari 458 Challenge Evoluzione took to legendary Watkins Glen International this weekend for the ninth and tenth rounds of the 2014 Ferrari Challenge Trofeo Pirelli North America. Battling each other as well as inclement weather conditions, two days of racing produced intense action throughout the field on the 3.4 mile circuit.

The previous day, Anassis had to work past polesitter Ryan Ockey at the start of the race to take the overall and Trofeo Pirelli lead. After making the pass, Anassis was able to distance himself from the rest of the field leaving Perez, John Farano, and John Farano (Ferrari of San Francisco) to battle for second place. During the battle, Perez would go off course and fell to ninth position, but recovered to come back through the field and finish second. Behind winner Anassis and runner-up Perez, Ryan Ockey finished in third position.

The Coppa Shell class saw Carlos Conde (Miller Motorcars) score the victory on Sunday, finishing ahead of John Baker (Ferrari of Fort Lauderdale) and Chris Ruud (Ferrari of Beverly Hills). Conde, Baker, and Ruud put in very strong efforts at the wheel of their Ferraris as they finished seventh, eighth, and ninth overall.

The next round of the Ferrari Challenge Trofeo Pirelli will be held as part of the Formula 1 World Championship race at Circuit of The Americas in Austin, Texas on October 31-November 2, 2014.

Jeff Segal prepares for Circuit of the Americas with Boardwalk Ferrari