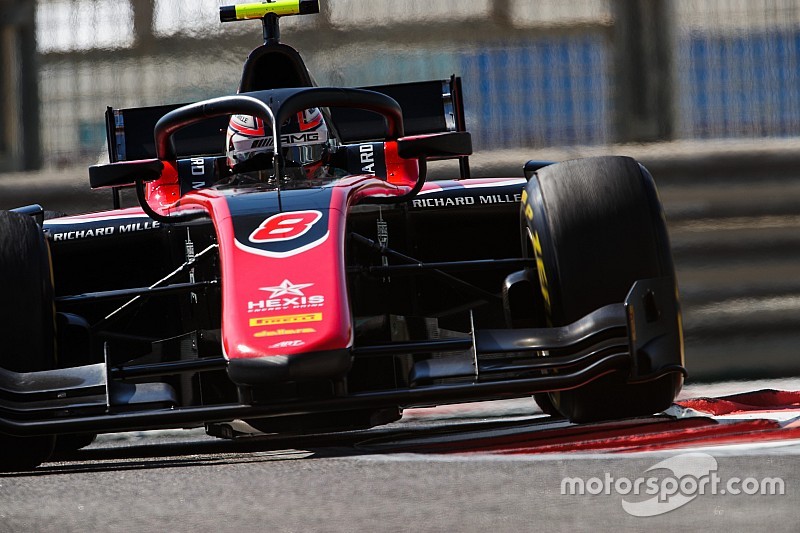 George Russell took a step closer to the Formula 2 title by taking pole position in Abu Dhabi on his final race weekend before he joins Williams in Formula 1.

The latter – the favourite for a Toro Rosso F1 seat next year – now trails by 41 points as he could only manage eighth in qualifying, meaning Russell only needs eighth to take the title in Saturday’s feature race.

But Russell’s 1m49.251s gave him a two-tenth cusion over de Vries and Latifi, as the latter was told to abort his last lap with an undiagnosed issue.

Makino showed strong pace throughout the session and was baulked by the errant car of Campos driver Luca Ghiotto early on, but recovered to set a respectable late lap.