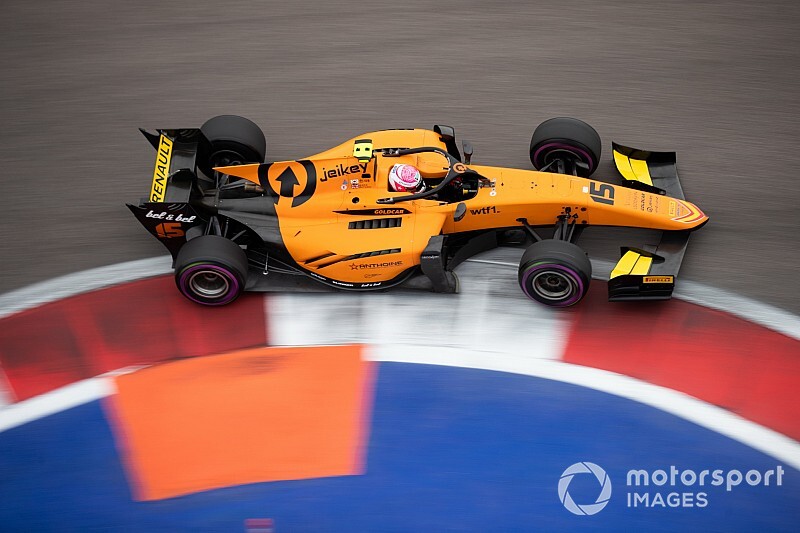 Williams Formula 1 reserve driver Jack Aitken has re-signed with Formula 2 team Campos Racing for 2020, and will be joined by rookie Guilherme Samaia.

Aitken recently announced his departure from Renault, a relationship which began in 2016, and almost immediately revealed he had joined Williams as part of a host of new signings including ex-Red Bull junior Dan Ticktum and Roy Nissany.

After finishing 11th in his debut year of F2 with ART Grand Prix in 2018 – the same season his teammate and former GP3 title rival George Russell won the championship – Aitken rebounded with fifth in the championship after helping Campos to move up the grid.

The Campos-Aitken partnership yielded three wins and four podiums in 2019 and the British—South Korean driver is buoyant ahead of this season.

“Last year we were fifth in the championship but we were challenging for wins and the championship throughout the whole season, so that’s what we need to try and do again: build the season as a whole and make progress step by step,” said Aitken.

“Last year we did a great job of taking the challenge to the bigger teams, winning three times.

“This year we will carry on that work by going for even more wins and the championship itself.”

Former Brazilian F3 champion Samaia will be Aitken's teammate, as he becomes the eighth different rookie to join the grid.

Samaia won Brazil F3's secondary class in 2015 and the main title in 2017, before going on to compete in Euroformula Open for a season and a half, scoring two podiums.

"I feel I couldn’t be in a better place to come into the championship," Samaia said. "Campos Racing showed strong and solid results last year and throughout their whole history.

“They are a very professional and reliable team. I am lucky to have such an experienced team and teammate with me, which I will learn a lot from. I’m confident that together, we will be a strong presence this season."