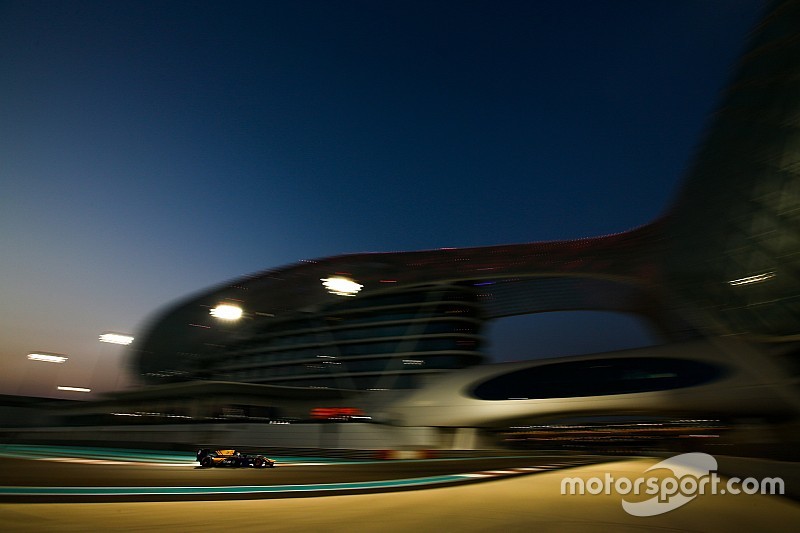 His 1m48.110s lap - the best effort of the three-day test  was set during Saturday's evening session, which ended at 9pm local time.

The nighttime running was temporarily interrupted by a red flag caused by Leonardo Pulcini, an F2 debutant with Campos, who crashed into the wall at Turn 3.

After the restart, Albon jumped into the lead, beating Norman Nato, who returned with Rapax after missing Day 2, by just 0.005s.

Prema's Nyck de Vries was third, with three drivers - led by ART rookie Jack Aitken - within a tenth of the Dutchman.

Russian Time's Arjun Maini, who topped Day 2 as well as the Saturday morning session, ended up seventh, with his teammate Tadasuke Makino in ninth.

Luca Ghiotto and Oliver Rowland, the two highest-placed drivers in the F2 2017 standings to be running on Saturday, were eighth and 10th with MP and Racing Engineering respectively.

Antonio Fuoco, who spent the regular season with Prema, tested with Trident after skipping the first two days, and was 12th.