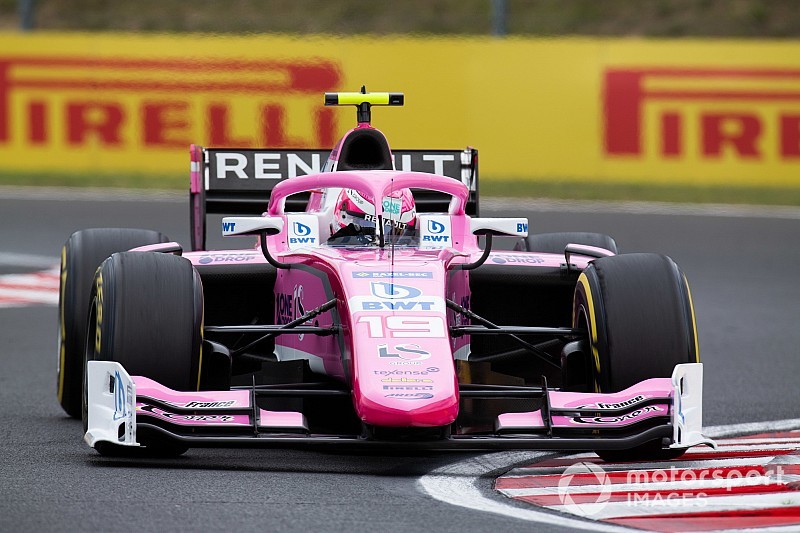 Some of Formula 2's leading teams have set their sights on signing standout rookie Anthoine Hubert for the 2020 season.

Reigning GP3 Series champion Hubert was able to step up to F2 with Arden this year in part thanks to increased involvement in his career from Renault.

With four rounds to go in 2019, he lies eighth in the points standings, second only to UNI-Virtuosi's Guan Yu Zhou among the rookie contingent, having picked up reverse-grid sprint race wins in Monaco and at Paul Ricard.

Hubert has become hot property for next season despite his inability to bring a large budget, with his former GP3 team ART Grand Prix and DAMS both believed to be chasing his signature for 2020, as well as the HWA-supported Arden squad.

“Talks have started for next year, it looks like I’m going to do another season of F2 – of course we need to find the money for it and work for it,” said Hubert.

“The target will be to fight for the title [in 2020], so we are looking at different options. We have different possibilities.

“Because we did a strong first half of the season, that has helped us and we need to show what I am capable of and some teams are interested in me so that’s a really good point.

“At the same time, I’m staying focused on my job and what I have to do, I’m not happy about the two bad weekends [Baku and Hungary], because I want to do well. Whatever is the future, we need to do well this year.”

Whichever team signs Hubert will likely need a driver with a big budget alongside him to offset his potential lack of funds.

ART driver Nyck de Vries currently leads the F2 standings and wouldn’t be able to return as per series regulations if he wins the title, potentially opening up a slot at the French squad alongside Nikita Mazepin.

Meanwhile, de Vries’s closest challenger Nicholas Latifi has been linked with a step up to F1 with Williams next year, which could create a vacancy at the team which currently leads the teams’ championship.

Luca Ghiotto is also unlikely to contest a fifth season of F2 and would free up a coveted seat at UNI-Virtuosi alongside Zhou, who like Hubert is a Renault junior.