The Arden Formula 2 team will field just one car for Alfa Romeo Formula 1 junior Tatiana Calderon at Monza this weekend in the wake of Anthoine Hubert’s death. 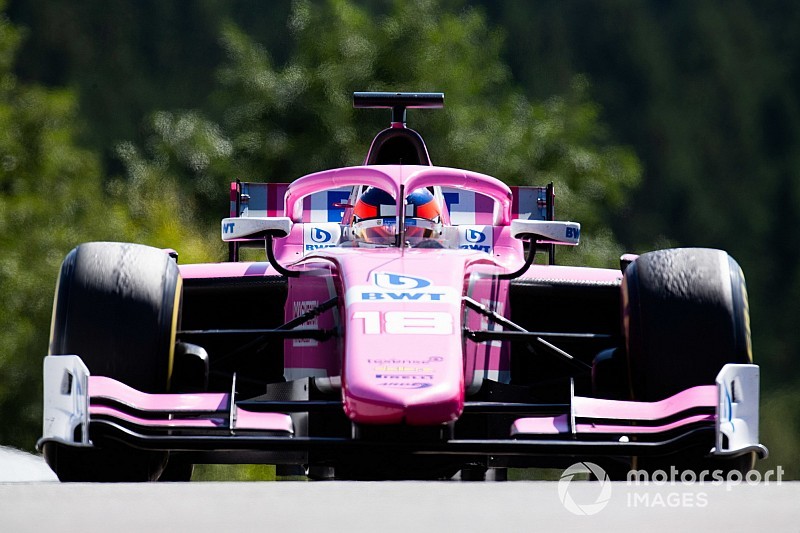 With the series due to race again next weekend, Red Bull F1 team boss Christian Horner – son of Arden team owner Garry Horner – confirmed that the squad would run Calderon only in the round which supports the Italian Grand Prix.

“Obviously for Monza, that car won’t run. The car is withdrawn from the event in Monza,” Horner told Sky Sports F1.

Horner said that he believed Hubert would be in the F1 paddock “some day”.

“Sometimes the sport can be very cruel and unfortunately yesterday was one of those days,” added Horner. “My heart goes out to his family and friends and of course the Arden team, spending time with them last night, they are utterly broken.

“He paid the ultimate price in a sport that he loved. He was a racer, he had such promising talent.

“For sure, he was going to be in this paddock one day. It’s very cruel he was taken from us at such a young age. It’s a tough time for the whole community.

Horner added: “Max [Verstappen] and Alex [Albon] raced against him from when they were kids, in karting and all these other categories.

“All of the teams today are carrying a mark of respect, his name on their cars.”