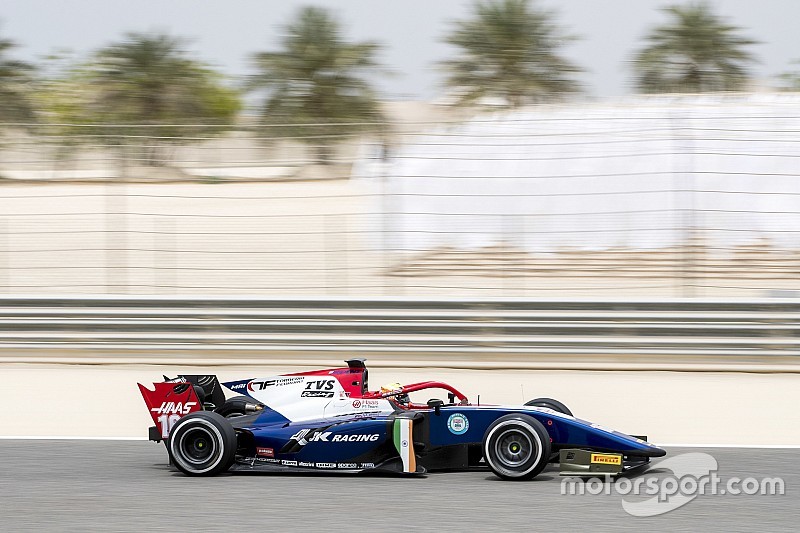 Arjun Maini failed to score points in the opening round of the Formula 2 championship, enduring a trying series debut.

Maini started his first ever F2 weekend on a promising note, topping the solitary practice session on Friday afternoon.

He appeared to be quick in qualifying too, setting a purple time in the first sector. However, he suffered a major moment a few corners later, leaving him only 14th on the grid for Saturday’s feature race.

Maini’s race start was hardly ideal - a weakness he has acknowledged in the past - pushing him down to 18th by the end of lap 1.

However, once he found his rhythm he was lapping as quick as the front runners and was able to move his way up through traffic.

He also extentened his first stint till as late as possible, with the hope of coming back in the later stages of the race, but a botched pitstop cost him 20 seconds, leaving him well outside points content.

The Trident driver was eventually classified 15th, which compromised his starting position for Sunday’s sprint race.

Although Maini was due to start 15th in Race 2, he effectively inherited a top-10 spot as a whole gaggle of cars stalled on the grid.

Unfortunately, he wasn’t able to hold on to his position for long, with Louis Deletraz, Antonio Fuoco and Nirei Fukuzumi all passing him in a span of few laps.

Non-mandatory pitstops by several frontrunners moved Maini up a few places again, but they all came back stronger on fresh tyres and found it easy to dispatch him.

After an up-and-down race, the 20-year-old crossed the line in 14th place, bringing a sour end to his F2 debut.

The Inside Line F1 Podcast: The Arjun Maini interview