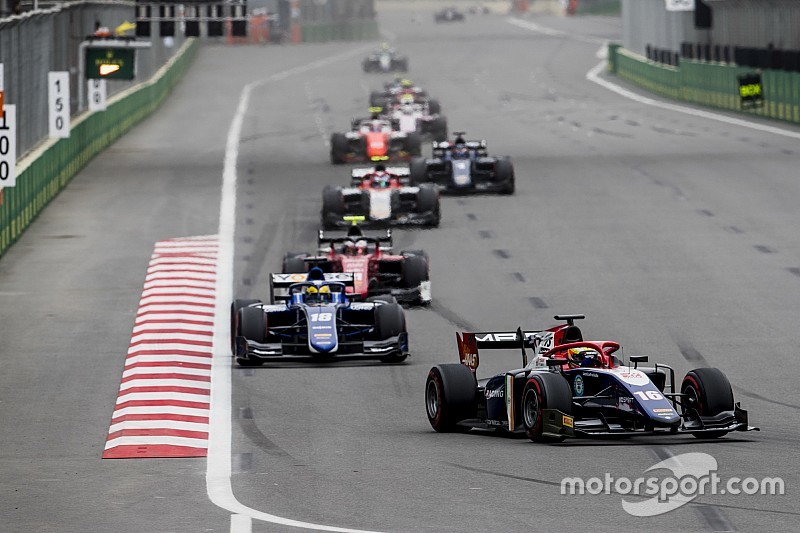 Arjun Maini put on a charging display from 17th on the grid to score points in the Formula 2 Sprint race at Baku.

Maini qualified seventh for Saturday’s Feature event and made a quick getaway to run fourth in the initial stages of the race.

However. a throttle issue on Lap 13 put paid to his efforts and he was eventually forced to retire after bringing his Trident car into the pits.

The DNF also left him on the ninth row of the grid for the Sprint race on Sunday, but another blistering start allowed him to catapult to 12th on the opening lap.

He gained two more places on the following lap and then reeled in Sean Gelael to move up to ninth in the order.

On lap 10, he found a way past Tadasuke Makino to move into a points-scoring position, before overtaking the RP Motorsport car of former F1 driver Roberto Merhi two laps later.

The 20-year-old also managed to pass Ralf Boschung, who had originally started on the front row of the grid, and then cruised to the finish line to score his first F2 points in sixth.

Update: Sergio Sette Camara was disqualified from the race for running out of fuel, promoting Maini to fifth in the classified order.