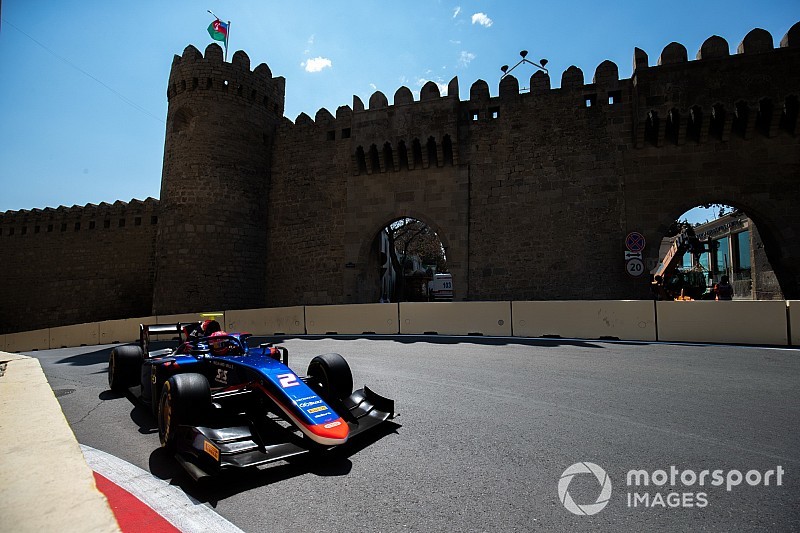 Qualifying was delayed by 30 minutes due to track inspections prompted by incidents in F1's FP1, but the F2 session concluded without any problems with the circuit.

It was however red-flagged early on just as drivers started to set their first fast laps when Sean Gelael's Prema car stopped exiting Turn 7, before it was restarted with the help of track workers.

The first competitive times were set by Jordan King and Nyck de Vries after the session resumed, but championship leader Luca Ghiotto narrowly beat the Dutchman to lead after the first runs.

The field timed their second runs for the final two minutes of the session, and Ghiotto's time was quickly beaten, first by de Vries and then by Matsushita.

Carlin driver Matsushita's 1m54.555s gave him pole position, his second one in the F1 feeder series after taking his first at Monza in 2017.

ART's de Vries beat Ghiotto (UNI-Virtuosi) to second by 0.038s as a large gap separated the top three from the rest, with Sergio Sette Camara (DAMS) fourth but more than a second off pole.

Nicholas Latifi (DAMS) and Jack Aitken (Campos) will share the fourth row on the grid ahead of Anthoine Hubert (Arden), who came close to crashing at Turn 16, and Ralph Boschung (Trident).

Ferrari protege Callum Ilott had a spin during qualifying but managed to salvage 11th for the Charouz-run Sauber Junior team.

While Gelael's car was restarted after his early troubles and went into the pits, he did not rejoin the track and ended the session without a laptime.

He could still get an additional penalty as he is under investigation for "actions regarding the red flag".