Barwa Addax's Kral drives to a commanding victory in Spa 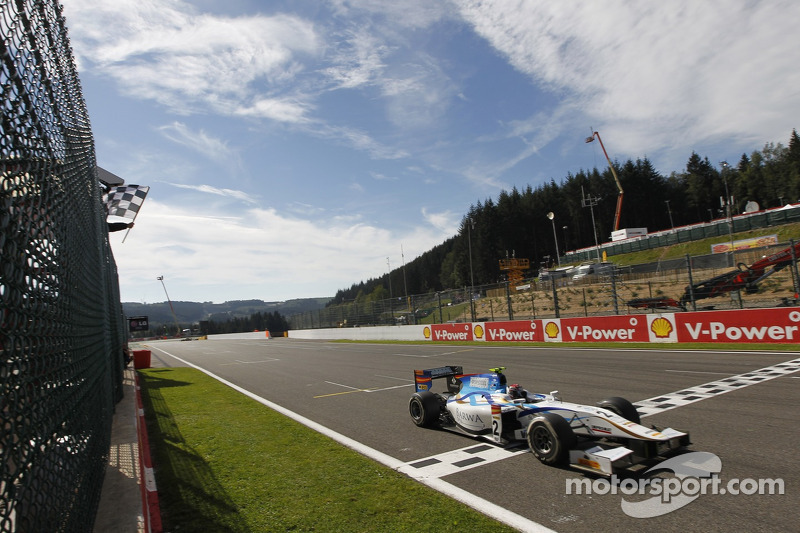 Barwa Addax driver Team, Josef Kral, drove a sensational race, winning at the legendary circuit of Spa- Francorchamps in Belgium. It has been a great weekend for him and the team, who have put in some splendid work culminating with the first place finish after having almost made the podium in Saturday’s first race.

Josef Kral has at last been able to demonstrate his real talent as a driver. In Free Practice, with the track extremely wet, he was able to stay calm and improved in Qualification with a 14th place on the start grid. Kral was clearly charged up for the first race. After a great start he managed to climb quickly through the field and at the end of the first lap he was lying in 9th position. 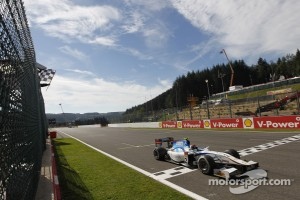 When he came in for his pit stop the team Barwa Addax did such a great job that he was able to pick up a couple more positions, finally finishing in a fantastic 4th position, giving him his first points of the season. In the second race, starting from 5th position, Josef made a flying start and got to the first corner in first place to lead from beginning.

Although he was in a position to pull away from his rivals, he decided to keep the chasing drivers at a distance where he could be not be threatened, at the same time making sure of conserving his tyres till the end of the race.

During the last laps of the race his tyres were somewhat worn but not as much as his principle rivals and he was finally able to coast home to victory with a 5 second advantage over the second placed driver.

Without doubt a great victory for an excellent driver, and even better person, who has been really unfortunate this season after a string of bad luck.

Once again we have been witness to a tipsy turvey weekend with Johnny Cecotto getting the rough end of the stick this time round. He started off the proceedings in free practice on Friday, and on what was a circuit in treacherous conditions due to the quantity of rain that had been falling all day.

He suffered a terrible accident which more or less marked the weekend ahead. Despite all the work carried out by the team Barwa Addax, he went into the qualification stint against the clock, without the time necessary to repair and guarantee a good set up on the car and he was later penalized for a mechanical fault.

Due to the fact that he was hardly able to complete 2 laps, he could only set a time that left him at the back of the grid for the first race. From his 25th position he did all he could to climb his way through the field but unfortunately he picked up a sanction for jump starting after a red flag incident.

In the second he started quickly but he overcooked the braking on the first corner and lost control which caused him to come off the circuit, forcing him to retire from the race.

There are only two events left in this season’s championship, in Italy and Singapore in which Barwa Addax, Johnny Cecotto and Josef Kral are hoping to improve on their overall corresponding classifications showing they can still be competitive enough to win races.

GP2 Series: Josef, congratulations on your first win in GP2, and at such a famous circuit: best racing weekend ever?

Josef Kral: Probably not ever - I would expect the best weekend ever to be first - but was my best racing weekend ever in GP2! Even though it didn't start well in qualifying, I was 15th, but when it came to the dry the car was just fantastic! From the beginning of yesterday's race to the end of today's race there was nothing that I would change on the car, because it was so good.

It's a shame that it's come so late, because we've struggled for such a long time: I think that we should be in these places since the beginning of the season, but unfortunately I have nearly unbelievable bad luck in all the races! Hopefully now it's over, and it starts to be good.

I have to thank the team, because the car has been so good, and the pitstop yesterday as well, and the preparation: we've moved to where we should be, and now we have to maintain it.

GP2 Series: It almost looked easy today - great start, pull away, look after the tyres - but how was it for you in the car?

Josef: Well, most of the time when the races look easy, they are the most difficult! I had a really good start - the start was brilliant compared to the others - and it was a bit tight in the first corner, but then I could get away quite easily. Then I was just concentrating on maintaining the speed and looking in the mirror at James to see how far away he is, and to maintain the gap and protect the tyres as much as I could.

And in the end it worked, and as I saw the others dropping back, especially in the end of the race when Felipe came closer to James and then overtook him, I could just back off and really finish the race, because I was really struggling with degradation at the end of the race: the last lap was just like on ice!

But it was very good because I could predict what would happen in the car because the set up was really good, and I knew the last laps would be tough but not anything else. And there were no surprises, which was good!

GP2 Series: You've had so much bad luck this year: how much does this win mean to you and the team?

Josef: It means a lot, because we've been waiting for such a long time. This gives us more confidence, and it's a little but unfortunate that it has come this late because we should have done this earlier, but anyway it's good that it came and now we have to work with this, see what we did different, and just maintain the same.

This is what I've said, because it's a big boost for the whole team, especially for my side of the team because Johnny had some good results, but we just needed some good luck to put it all together, which this weekend worked. And hopefully, next weekend can be similar!

Trident Racing cruised to another points finish at Spa