Boschung splits with Campos ahead of F2 finale 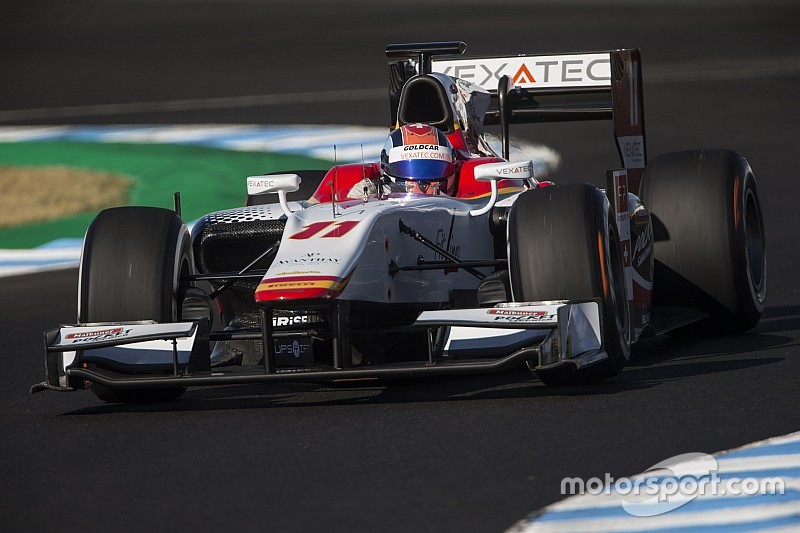 Formula 2 racer Ralph Boschung has left the Campos Racing squad with one round of the 2017 season still remaining.

Boschung, a race-winner in GP3 last season, is 19th in the F2 drivers’ championship and scored a best finish of seventh at the Red Bull Ring round in July.

A statement announcing the news stated that Boschung and Campos “have agreed to go their separate ways” before the season finale in Abu Dhabi later this month.

“My time with Campos Racing has helped me develop a lot as a driver, and also as a person,” said Boschung.

“It was my debut season in the ultra-competitive Formula 2 Championship, so I was expecting a strong challenge.

“Still, I’ve had some great moments and would like to thank Adrian Campos and his team for their efforts this season. I wish them the best of luck.”

“I’m looking forward to working with him in the future, as I’m sure he has a brilliant motorsport career ahead of him.”

The Campos squad has so far run five drivers in its two cars across the 2017 F2 campaign.

Boschung was partnered by Stefano Coletti and then former F1 driver Roberto Merhi early in the season, before Robert Visoiu raced for the Spanish team between the Monaco and Jerez events.

Visoiu was replaced by Japanese Formula 3 and Formula V8 3.5 race winner Alex Palou for the Jerez races after the Romanian opted to stop his racing career.

It is not yet clear which drivers Campos will field at the Abu Dhabi finale, which takes place on November 24-26.

Ferrari F1 junior driver Charles Leclerc wrapped up the 2017 F2 title at Jerez, but a tight battle for the teams’ championship – between the Prema Racing, DAMS and Russian Time squads – is still to be decided.