Prema Racing driver Schumacher fended off Carlin driver Nobuharu Matsushita to score his first win and podium in the series at the Hungaroring on Sunday.

“I wasn’t at the track, but it was an emotional moment seeing him raise his arms to the sky, and I can’t deny that it reminded me of his father, Michael,” said Brawn, who was a key part of Michael’s five world championship titles earned at Ferrari in 2000-04.

“Mick had to fight for the win and avoid making mistakes as he was harried all race long by Nobuharu Matsushita. The victory comes after a rather unlucky first part of the year and this will give him more confidence in his own abilities.

“The younger Schumacher’s efforts have captured the imagination of media all around the world and show how much the Schumacher name still means and how much attention it can generate.

“Mick still needs to be allowed to progress calmly in order to see where he fits in this competitive world of talented youngsters, but yesterday’s win was an important moment: there’s a long way to go, but he’s on the right road.”

After the race Mick was asked if it was special to win at a track where his father had been successful during his F1 career and how he would celebrate the win.

“It is very special in general,” said Schumacher. “And thinking back to last year and my first win [in European F3] in Spa, a track that my Dad was very comfortable at too.

“The crowd here are incredible too so that made it more of an enjoyable race.

“In general I am very happy for it to be here and not Spa because that would be one [round] later. I think the earlier the better, and just happy with the win now." 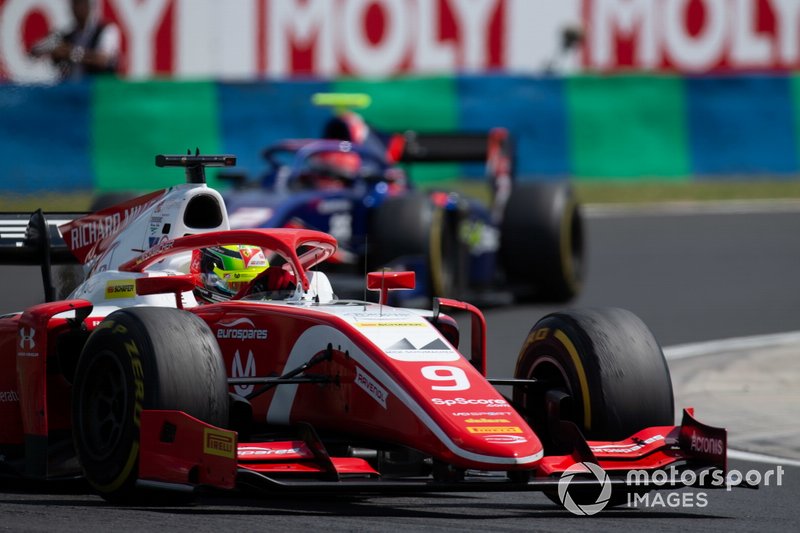 Schumacher: I must "work on myself" to be ready for F1