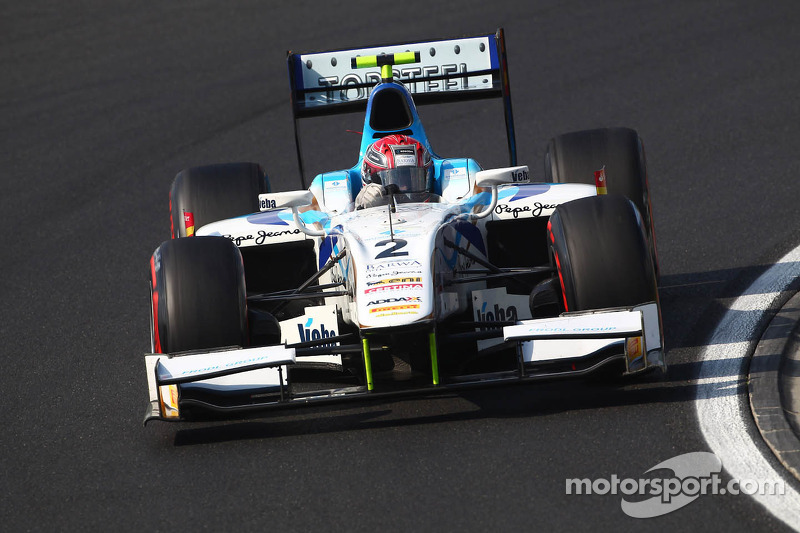 WEEKEND TO FORGET IN HUNGARY. 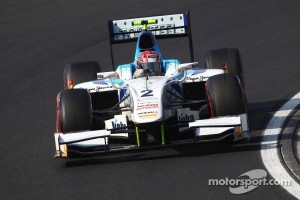 It has not been the best of weekends for the Barwa Addax Team and its drivers, Johnny Cecotto and Josef Král in terms of results. The team worked hard throughout the weekend and were ready to compete with the leading drivers, looking for points which would improve their overall position in the championship but a mechanical failure ruined their hopes.

Johnny Cecotto, finished in 11th position in free practice and in qualification he only managed to finish 10th. The problem in both sessions was the traffic hold ups on the circuit. It was a disappointment and not reflective of his true position. In the first race he made a very good start, climbing 2 positions and was set up to make a good fight back. Disaster struck on lap four when, at the end of the main straight, a mechanical failure impeded him from braking and he came off the circuit and crashed into the security barriers. A real shame because with his race rhythm it was clear that he was going to finish near the top of the leader board. To make matters worse it meant that, apart from finishing out of the points, he would have to start the second race from the very back of the grid. In the second race he made another very good start, finishing the first lap in 17th position. He climbed further up through the field to 13th position with some quality driving. He had gained 13 position from his last placed start position. When he tried to overtake his next rival the two cars collided, when Johnny had clearly won the inside line. He spun and was forced to abandon the race. It was very unfortunate that he should finish the weekend this way, after having made two memorable fight backs this weekend, clearly demonstrating that he is one of the main players in this season’s championship.

Josef Král, had similar bad fortune. He started the weekend in the best possible way, having set the fastest lap time at the end of free practice. In qualifications he finished 11th just behind his Venezuelan team mate. He made a good start to the first race and gained one position. He was the first driver to come in and make his compulsory pit stop with change of tyres. It was a risky decision that the Barwa Addax Team took at that moment of the race. It turned out to be the right one, as Josef started to make his way through the field in a fantastic effort which took him to 7th position. With just 5 laps to go another mechanical problem left him out of the race, as he was forced to abandon just like his team mate before him. Král, after having driven so well, was on the verge of picking up his first points in this year’s championship and furthermore would have been an excellent starting position for Sunday’s second race. All of that was blown away by bad luck. In the second race he started from 22nd position and set a good race rhythm which pushed him up the field to 17th, the position in which he finally finished. With all the hard work Josef Král is putting in this season he really deserves a better break.

The championship now takes a one month summer break. The competition will get under way once again at the legendary circuit of Spa-Francorchamps in Belgium, in the first weekend of September (1st-2nd). Barwa Addax Team, Johnny Cecotto and Josef Král, will be hoping to put Hungary behind them..

Johnny Cecotto, official Barwa Addax Team driver: “This weekend has been one of the most difficult of the season. In race 1 I had a really strange problem with the brakes, after 4 laps when I was already P6 and the car almost didn't brake and I flew into the wall at the first corner that made me loose the chance to fight for another podium and that caused me a lot of pain in the neck. For that reason I had to start race 2 from P26, I had a really good start and during the first 10 laps I was already in P13 but when I tried to overtake Onidi, that made a mistake in corner 4, he drove into me and my race finished there .”

Josef Kràl, official Barwa Addax team driver: “The weekend started very well for me. I was the fastest in the free session and the car felt very good so I hoped for good result in qualy. On my first set I was P3 which was just an ok lap to have some time under my belt because the track was still a little wet. The times started to be quicker on the second set as the track was completely dry but unfortunately we spent long time refueling the car which too longer than normal and then we didn't match the rhythm of the other drivers so I had very bad traffic and couldn't do a single lap. So P11 wasn't perfect but at least the plan was to finish up to 8th place. I had very good start and also the strategy worked very well so that moved me to P6. Then I started to struggle a bit with rear tires and lost one place but still I could finish P7 but unfortunately the rear wheel camber shims became loose and the car became undrivable so I had to stop in the pit. Second race was quite difficult because our engine was just about to change so I was missing some speed on the straights so then finishing on P16 was maximum.”

DAMS team makes up ground in Budapest at Hungaroring