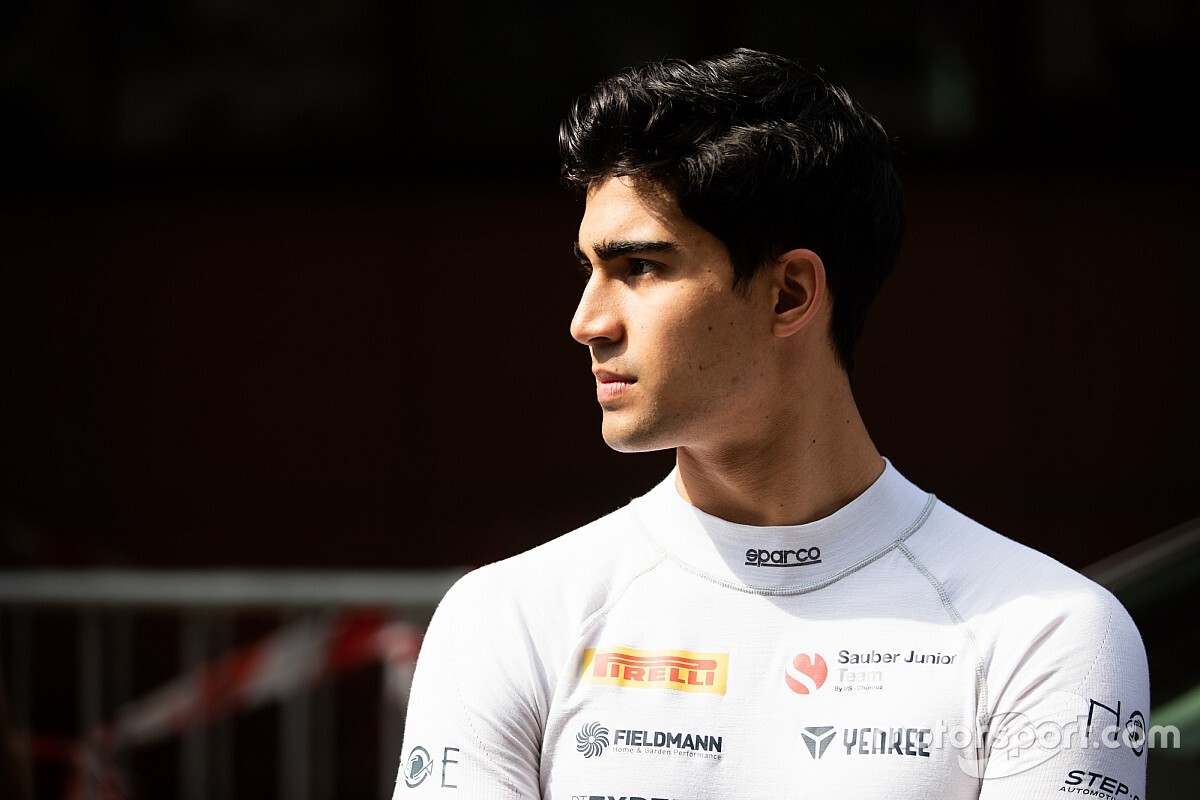 Alfa Romeo Formula 1 junior Juan Manuel Correa underwent 17 hours of surgery on Sunday, which was deemed successful by doctors according to a statement issued on his behalf.

Correa has been through a turbulent ordeal since being involved in the same crash which claimed the life of fellow Formula 2 racer Anthoine Hubert at Spa last month.

The Sauber Junior Team driver – a podium finisher in his maiden F2 season – was sent straight to hospital with serious leg injuries, but then contracted a condition where his lungs filled with fluid and he was placed in an induced coma on a life support machine.

After fighting through that, Correa had to quickly recover from the drugs he had been on and make the decision whether to amputate part of his leg or not, which he voted against and went under initial surgery on Sunday.

Speaking for the first time since the crash in a statement issued on Thursday, Juan Manuel said: “This past few weeks have been extremely tough, tougher than anything I have ever faced both physically and mentally.

“I understand my future regarding the recovery of my legs, specifically my right leg is still quite uncertain, and that my physical rehab will be extremely long and complicated. I am still processing everything that has, and is, happening.

“I want to thank every single person who one way or a another has shown me their support. I am humbled by the immense number of caring and affectionate messages I have received. Thank you all from the bottom of my heart, and know that your encouragement and positivity have made a difference.”

The statement confirmed that doctors had deemed the Sunday surgery a success, but that the following 72 hours was crucial for his health.

Explaining the surgery, the statement read: “The days following the surgery were stressful as though deemed a success in the operating room, the next 48-72 hours were critical in the final outcome of the Flap Surgery procedure.

"Now, Thursday, and more than 72 hours later, doctors are confident in a successful procedure while still under careful observation.

"During the procedure, doctors were forced to remove more bone material than they anticipated and solve several blood vessel issues, but state that the main objective of the surgery was achieved.

“Juan Manuel remains in a London hospital and he is scheduled for one additional, less complex surgery in two week’s time.”

Correa will require additional surgery and extensive rehabilitation, but should be fighting fit in just over a year if rehabilitation goes to plan.

The statement added: “Doctors expect Juan Manuel will be able to leave the hospital in approximately six weeks. He will then embark on the road to recovery. The next year will be full of physical therapy, rehabilitation and corrective surgeries with the aim and objective of regaining the full use of his right foot and ankle.”