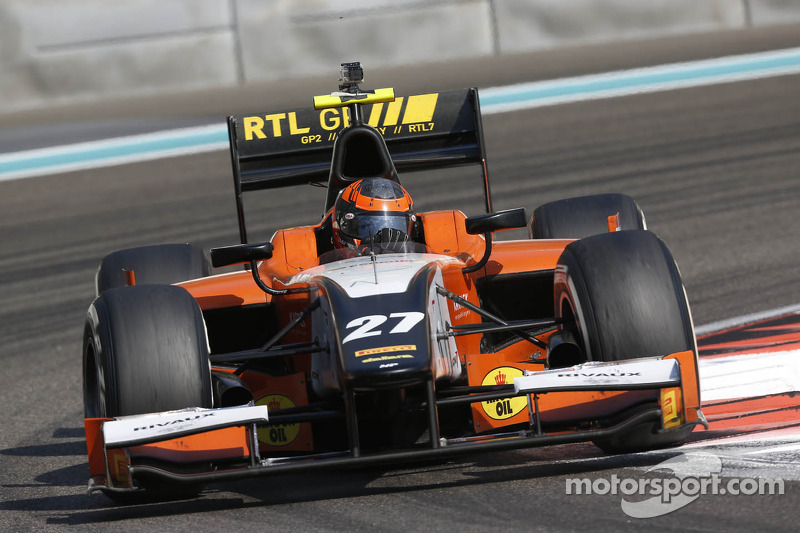 De Jong will be aiming to become a consistent top 10 finisher in his sophomore year in the Formula One World Championship feeder series.

Daniël De Jong will return to the GP2 Series grid in 2014 for his second full season in the category after today, Thursday, 30th January, sealing a fresh deal with MP Motorsport.

Continuing the partnership which delivered two points-scoring results in 2013, the first during round seven in Monaco and the second coming on the penultimate weekend of the campaign in Singapore, the Dutch 21-year-old will be aiming to become a consistent top 10 finisher in his sophomore year in the Formula One World Championship feeder series. 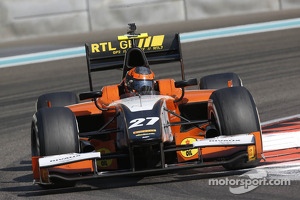 With a full year of experience under its collective belt in GP2 Series, Dutch squad MP Motorsport will likewise be focused on challenging for regular podiums having secured a brace of runner-up results in its maiden season – one with British driver Adrian Quaife-Hobbs on the streets of Monte Carlo and another with Spanish racer Dani Clos during the final round of the year in Abu Dhabi.

“We’re really delighted Daniël will be racing with us in GP2 again this year, he learnt a lot last season and with a little more luck he could have had quite a few points finishes”, said MP Motorsport team principal Sander Dorsman, “Working with an experienced driver like Dani [Clos] during the second part of last year really did help to bring Daniël on, so we’re hopeful of a strong season from him.

“As a team, we were very happy to take a couple of podiums in our first year in GP2 and the aim has to be to increase that number in 2014. It’s an incredibly competitive championship, as we always knew it was going to be, but we know we now have the team in place to be strong contenders. We will be in a position to announce Daniël’s team-mate in due course.”

Westmaas racer De Jong has risen well through MP Motorsport’s ranks in recent years, having begun his ascent up the single-seater ladder in the 2008 Formula Renault 2.0 Northern European Cup. He remained in the 2.0-litre class of Formula Renault, combining NEC and Eurocup campaigns over the next two seasons. De Jong secured a full-time GP2 seat with MP last year in the team’s maiden season in the category.

“It’s great to be back in GP2 Series again this year and I’m really confident we can have a strong season together”, said De Jong regarding his new MP Motorsport deal, “We had some good races last year, as well as some not so good ones, but the main thing was to learn as much as possible about the car, the way the tyres work and also the circuits. This year, we have to aim for points every weekend.”

Sakhir International Circuit in Bahrain will host the opening two races of the 2014 GP2 Series over the weekend 5th/6th April and the 22-race season will reach its conclusion on 22nd/23rd November at Yas Marina in Abu Dhabi. Before then, pre-season testing will begin in Abu Dhabi in mid-March.