Nyck de Vries has described his 2019 Formula 2 title triumph as "revenge" for what he considers to have been a sub-par 2018 campaign.

As the only driver who finished in the top five of the standings in 2018 to stay in F2 full-time this year, de Vries started the season as title favourite as he moved across from Prema to join defending champion outfit ART Grand Prix.

The Dutch driver surpassed early-season leader Nicholas Latifi with back-to-back feature race wins at Monaco and Paul Ricard and managed to secure the title with a round to spare with victory in the opening race at Sochi last weekend.

Reflecting on his success, de Vries said this year made up for a 2018 campaign in which he was beaten by three drivers who subsequently stepped up to F1: George Russell (with Williams), Lando Norris (with McLaren) and Alex Albon (with Toro Rosso and then Red Bull).

Asked what the title meant to him, the new Mercedes Formula E signing replied: "Almost like revenge. Obviously last year I was in a position to fight for the championship, which was a very tough championship with everyone who has now been promoted to Formula 1.

"I really blame myself for missing out on the real battle because I simply made too many mistakes at the start of the season in positions or situations where we were able to score big points. Then you're on the back foot from the beginning.

"I can see that difference the same way in our opponents this season. As soon as we started to grab the lead and have a little advantage, you could tell that they were sometimes making mistakes which were not necessary because they had the feeling that they had to try and catch up.

"I think we were in the position, although we were under pressure and we had to deliver, we were in control." 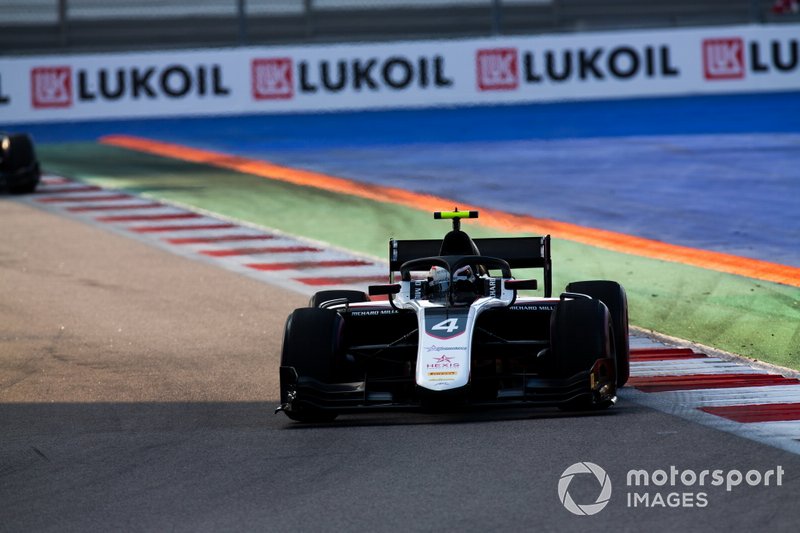 He added: "Last year we were a little too focused on winning, specifically, and not gathering points. To be honest I knew that I wasn't like that, if that makes sense. I made mistakes that were just not 'me'. I'm happy that I've been able to prove this year the opposite."

De Vries' F2 title comes at the end of a three-year stint in the F1 feeder series, which followed difficult seasons in Formula Renault 3.5 in 2015 and GP3 in 2016.

He was a McLaren young driver for much of that time but parted ways with the Woking-based outfit at the end of 2018 after he "blew" his first opportunity to win the F2 title.

"As a kid you dream about F1, and the route towards F1, and I've had a very bumpy ride with a very successful karting period and difficult time in cars, and things changing," he recalled.

"I only just managed to stay in single-seaters and it felt like a second chance in Formula 2 because I blew my first last year. I was very thankful for the opportunity, especially to do it with ART because we had some unfinished business together from GP3 [in 2016], which was a very difficult season. Not in terms of pace, but it just didn't come together.

"With everything that's happened through the past years it all came together and I'm very pleased that I was able to have done this.

"Obviously I chose a different route and direction in my career, but I'm very pleased with that opportunity and at the same time I'm very thankful that at least I've been able to tick this box and no one will ever be able to take this away from me." 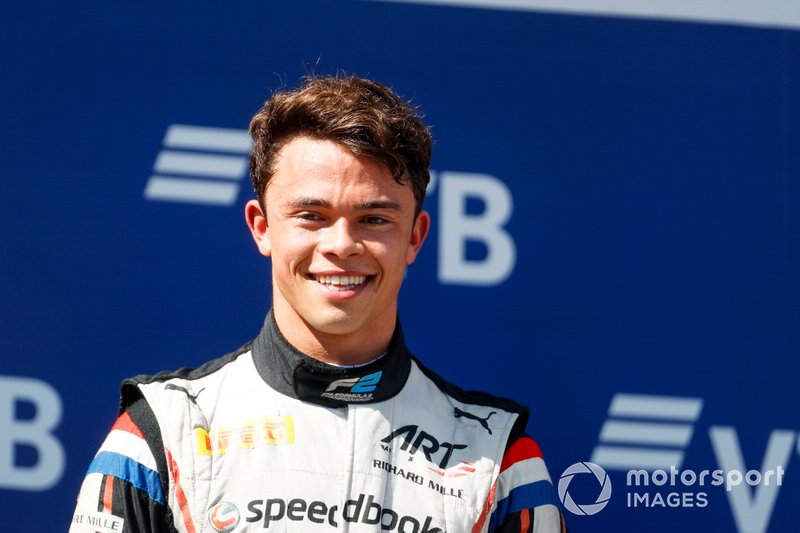 Formula Regional champion Saucy steps up to F3 with ART