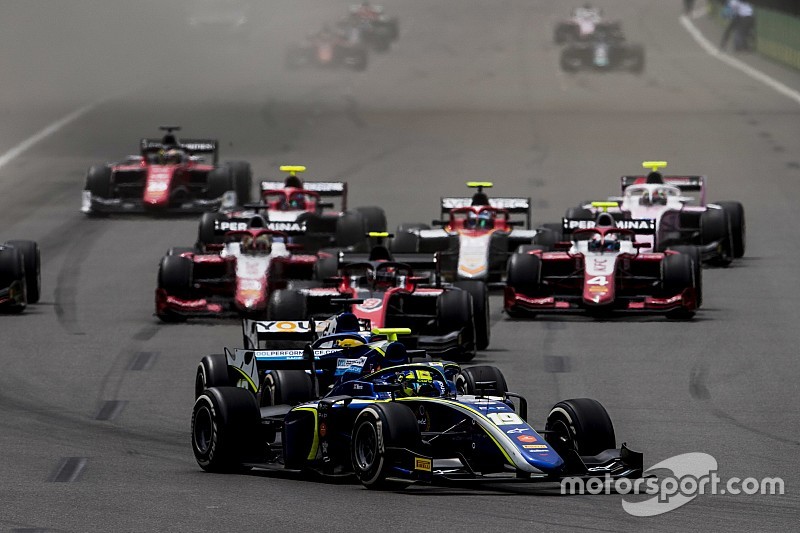 FIA race director Charlie Whiting believes Formula 2 has been “lucky” to avoid a major accident while its new-for-2018 car has been stalling frequently.

With issues having persisted throughout the season, a safety car start was adopted by the series last time out at Red Bull Ring, and will also be used in Silverstone this weekend.

Multiple problems with the clutch have cropped up since the start of the campaign - although most have now been rectified, including one related to the ECU and one to the inertia of the engine.

Drivers report that you have to be extremely precise as there is not much clutch travel on the paddles on the steering wheel, which is the major reason for stalls at the moment.

Some drivers reacted negatively to the rolling start move, as they believe they have worked hard with engineers to make the clutch work, and would have an advantage if standing starts continue.

Whiting said the decision was not related to the European F3 crash the previous weekend at the Norisring, where Ameya Vaidyanathan crashed into the stalled Dan Ticktum.

However, teams and drivers pointed to that incident as a catalyst for the rolling start change, which was made on safety grounds 10 races into the season.

“The F2 guys are not confident they can fix it before the break, before Silverstone,” said Whiting, explaining the decision.

“It’s nothing to do with the accident that everyone saw in Norisring. It’s all about what we saw in Paul Ricard where three cars stalled at the beginning of each race.

“I just didn’t want to run out of luck, because I think we’ve been lucky.

“If there had been an accident, you could argue it would have been difficult to defend.

“We know there’s a problem and the drivers tell us it’s very difficult, you saw in the first race [in Austria], they were finding it difficult to get away from the pitstops.

“Of course some drivers were not happy as they felt they had done a good job and worked on their starts, but a lot of them say it was the right thing to do.”

Whiting added that the FIA would carefully consider how the clutch and throttle motor issues have been dealt with by Formula 2.

“I think we might need to review how we go about getting the technical things sorted out because it has taken a little while,” added Whiting. “I think we’ve got to have a good look at that.

“It’s a brand new car and a brand new engine, I get that, with limited amounts of testing, but still it’s dragging on a little longer than we would have liked.”