Champions of the forerunner to GP2/F2 had a patchy record when it came to reaching the final rung on the ladder, if they were able to reach F1 at all. But there are plenty of reasons why it shouldn't be derided on that point alone.

Both under its current guise and as GP2 from 2005 to 2016, the FIA Formula 2 championship has a good track record when it comes to its champions shining in Formula 1.

Inaugural champion Nico Rosberg and his 2006 successor Lewis Hamilton have won every world championship title between them since 2014, while of the current grid, Charles Leclerc and Pierre Gasly are established race winners and George Russell came close to joining them in Sakhir last year. That’s a clear improvement on the series it replaced, the International F3000 championship (1985-2004).

None of its champions won a world title, and only three (Jean Alesi, Olivier Panis and Juan Pablo Montoya) won a grand prix. GP2/F2 also fares better than F3000 when it comes to champions graduating the following year (75% against 60%). And of the unlucky quartet to miss out, only Fabio Leimer and Davide Valsecchi never raced in F1 – 2008 champion Giorgio Pantano had already suffered the misfortune of being lumbered with the 2004 Jordan, while 2014 winner Jolyon Palmer made the step up with Renault one year later after spending 2015 as a third driver.

Contrast that record with F3000 and F2 supremo Bruno Michel can have reason to pat himself heartily on the back. The 1995 F3000 champion Vincenzo Sospiri spent a year testing for Benetton before his abortive Lola F1 foray in 1997; that year’s F3000 conqueror Ricardo Zonta had to spend a year in sportscars while he waited for an F1 opportunity with BAR; Montoya (1998) and Sebastien Bourdais (2002) went to CART and Justin Wilson (2001) had to make do with a sideways move to Dallara Nissan. Jorg Muller (1996), Bruno Junqueira (2000) and Bjorn Wirdheim (2003) only got to test. 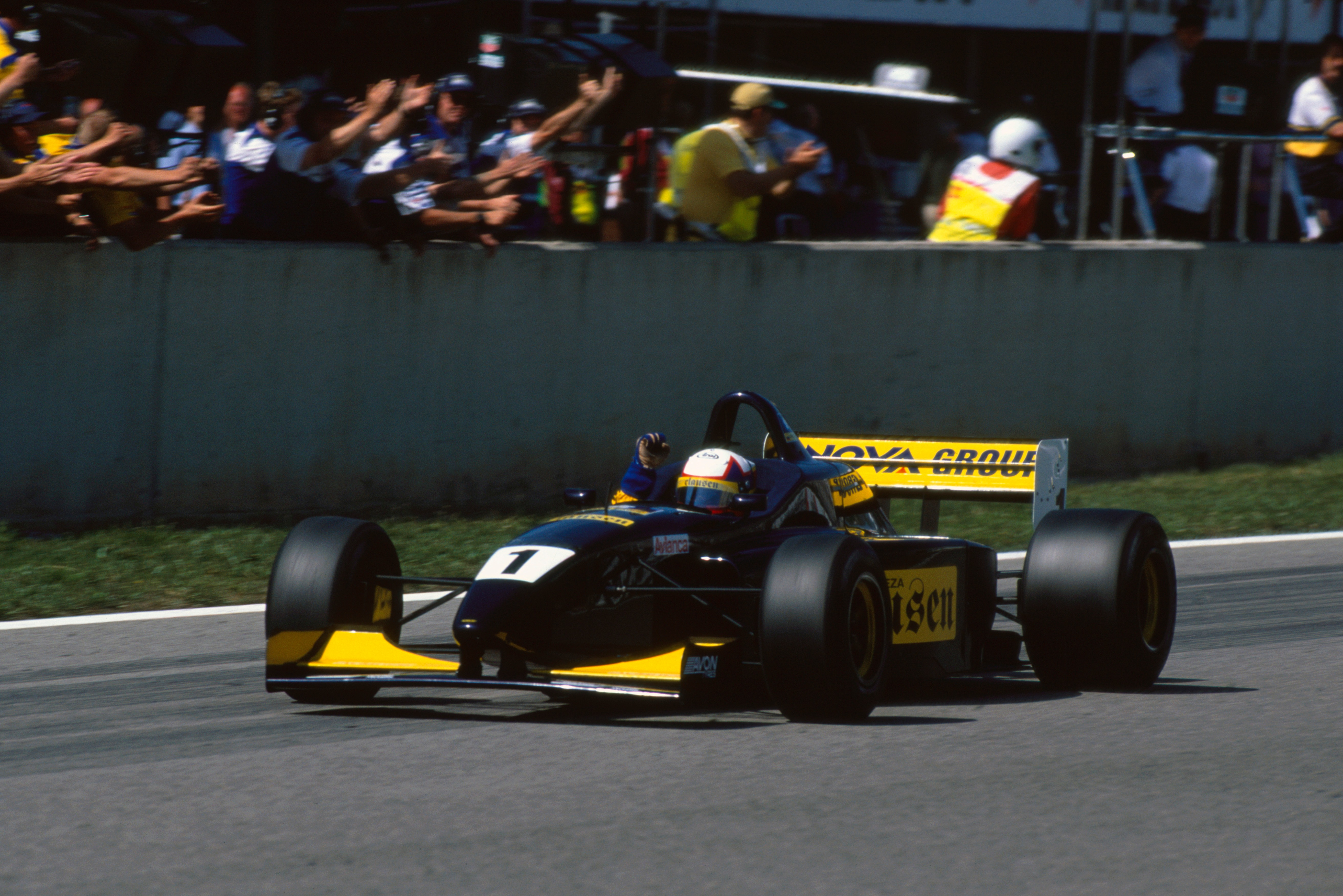 When years of limited promotion were twinned with rising costs, question marks over the F1-relevance of its single-make cars (category veteran Mario Haberfeld once complained that the 1999-01 Lola handled “like a bus”) and dwindling driver interest that saw grids drop into the mid-teens by 2003, F3000’s demise perhaps was inevitable.

But its worth shouldn’t be based solely on its conversion rate of F1 champions when one considers the roll of honour that F3000 graduates produced – esteemed non-champions include F1 champions Damon Hill and Fernando Alonso, Indianapolis 500 winners Kenny Brack and Gil De Ferran and multiple Le Mans winners (Andy Wallace and Tom Kristensen even won in the same year they competed in F3000) – while other perceived issues certainly weren’t unique to F3000.

The open-chassis competition prior to 1996 was an invaluable proving ground for engineers and designers, and it provided a new home for the Ford DFV engine after it became obsolete in F1

For while its case was hurt by Jenson Button and Kimi Raikkonen bypassing it from Formula 3 and Formula Renault respectively, that’s no different to Max Verstappen skipping GP2 – only then, the FIA responded with a points-based superlicence system designed to force drivers to spend longer ascending the ladder.

The quality of the grid was usually excellent – in three of the five seasons between 1988 and 1992, nine different drivers stood on the podium more than once – and, while its 1998 zenith (35 starters at Imola and Silverstone!) couldn’t be sustained, it allowed the best drivers to shine without DRS gimmickry on a wide variety of circuits. Whereas modern F2 sticks rigidly to its slot on the F1 support bill, F3000 held standalone events at circuits like Thruxton, Pau, the quirky Enna circuit in Sicily and the unforgettable Birmingham Superprix.

The racing was often top-notch too – see Tomas Enge’s charge on slicks to catch McLaren teammate Tomas Scheckter on ageing wets at Hockenheim in 2000, the Spa 1997 slugmatch between Jason Watt and Max Wilson, or Roberto Moreno’s 1987 pitlane-to-podium charge in Birmingham. 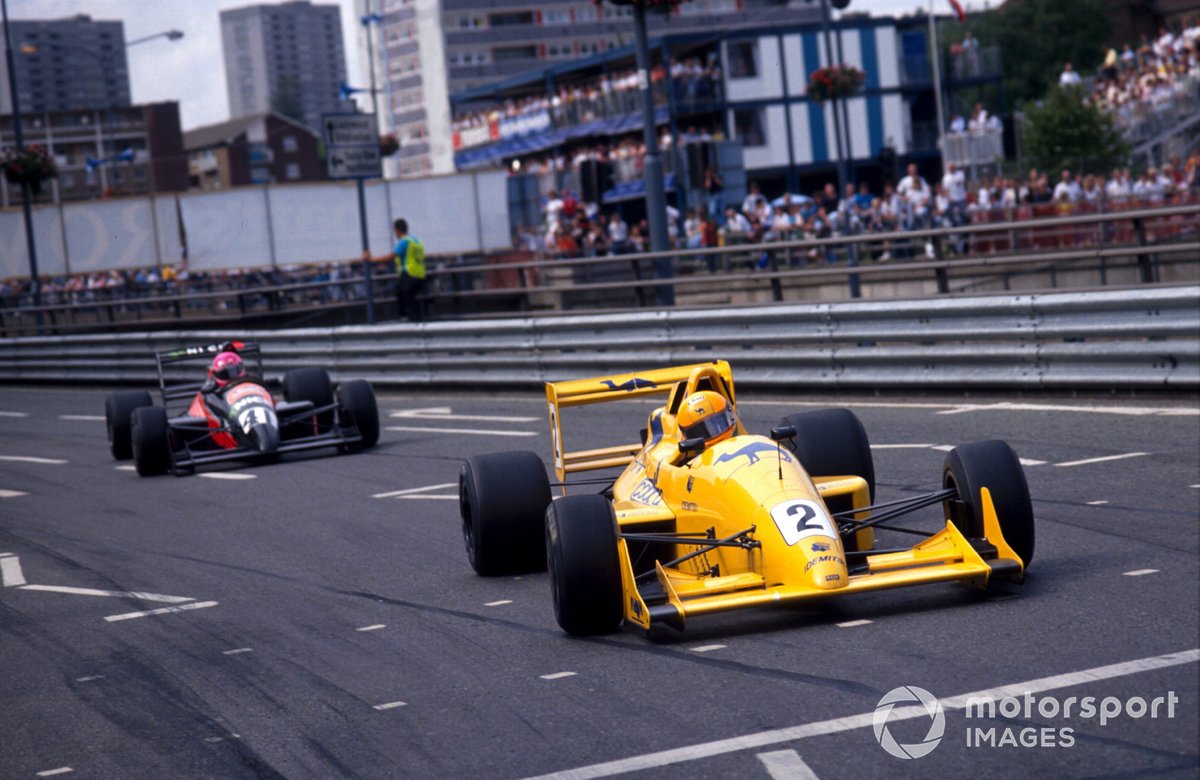 There were moments of unscripted drama that Jed Mercurio would be proud of - like the clash in the 1996 Hockenheim title decider between Jorg Muller and Kenny Brack, and Tomas Enge's 2002 failed drugs test - and shock results that revealed the pros and cons of F3000's pre-1996 open chassis formula. Failing to qualify for the first race, then winning round two? Jean-Marc Gounon managed just that in 1991.

Moreover, the open chassis competition was an invaluable proving ground for engineers and designers, and it provided a new home for the Ford DFV engine after it became obsolete in F1.

History would likely remember F3000 differently if Hill (1990), de Ferran (1994) and Kristensen (1997) had triumphed over Eric Comas, Jean-Christophe Boullion and Zonta; or if standout rookies Rubens Barrichello (1992) and Alonso (2000) had returned instead of leaping straight into F1.

But surely isn’t that the barometer of a good feeder series? 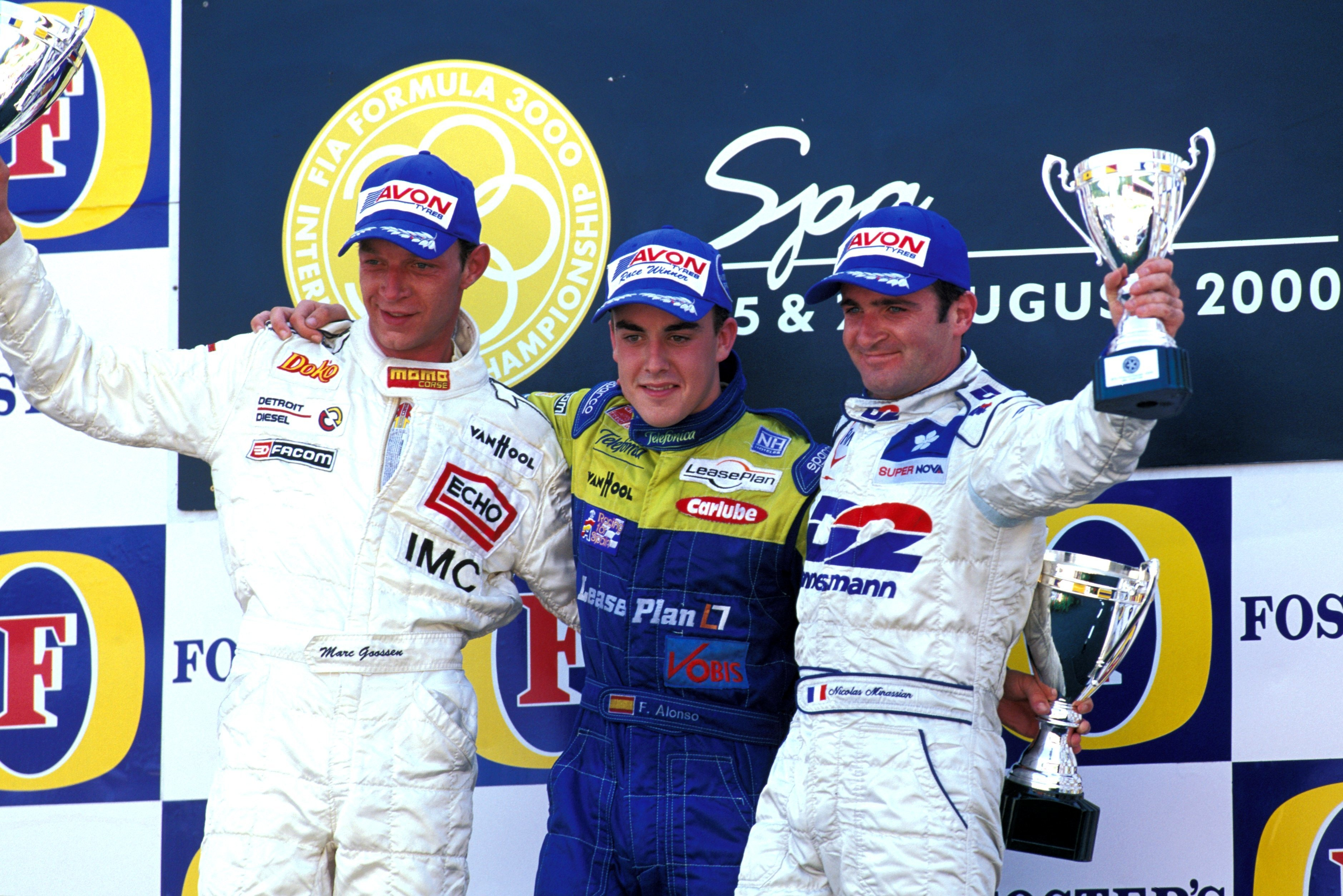