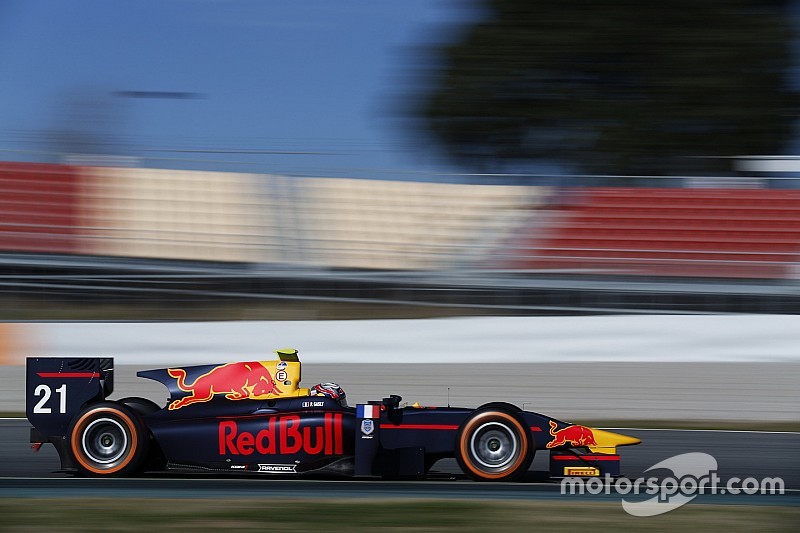 Prema driver Gasly, who had smashed the existing track record for Dallara GP2/11 machinery on Day 2, took the top spot away from former DAMS teammate Alex Lynn in the final day's morning session with a lap of 1m27.386s.

Luca Ghiotto and Daniel de Jong were the only other drivers to clock 1m27s laptimes.

Most of the afternoon, meanwhile, was headed by Russian Time's Artem Markelov, his benchmark a full two seconds off Gasly's. And in that very session, Markelov's teammate Raffaele Marciello was forced to sit out much of the action after making contact with another car.

In the final hour, Swedish drivers Gustav Malja and Jimmy Eriksson moved ahead of Markelov for first and second, the Russian rounding out the top three

His compatriot Sergey Sirotkin, who had topped Day 1 and is widely seen as one of the pre-season favourites, ended Friday ninth overall after causing a red flag in the morning via a trip to the gravel.

GP2 pre-season testing will conclude on March 29-31 with six sessions at Jerez.