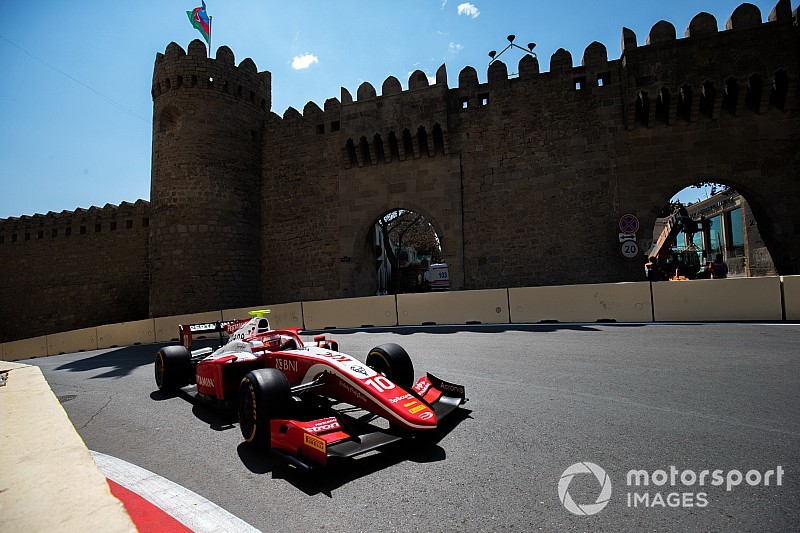 Prema Formula 2 driver Sean Gelael has been excluded from Baku qualifying after an incident in which two marshals were hit by his car.

Gelael lost power exiting Turn 7 early in the session, causing the red flags to come out, but the Indonesian was able to get going again after marshals had started pushing his car to safety.

Two marshals fell to the ground in the process are they were stood ahead of Gelael's rear wheels, but appeared to escape injury in the incident.

Gelael did not participate in the remainder of the session, and was then placed under investigation by the stewards for "actions regarding the red flag".

He was subsequently excluded from the session, but given permission to start Saturday's feature race from the rear of the field.

An F2 statement read: "While being pushed to a safe location by the marshals, Gelael restarted his car which resulted in a dangerous situation for the marshals. He was then prohibited from taking any further part in the session.

"Furthermore, it was decided that he was disqualified from the results, but the Stewards have given him permission to start tomorrow’s Feature Race from the back of the grid."

Earlier in the day, MP Motorsport driver Mahaveer Raghunathan failed to stop at the weighbridge after practice and will be forced to start the feature race from the pits.