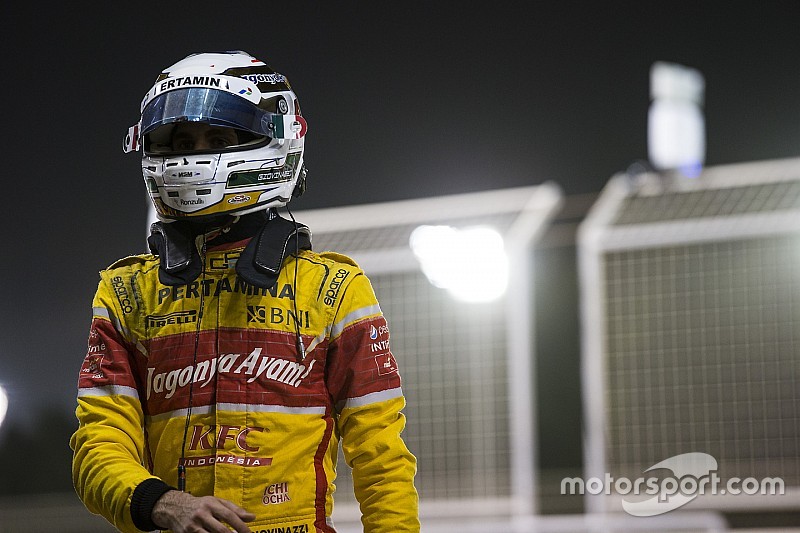 Giovinazzi, who missed out on the GP2 crown by eight points to teammate Pierre Gasly, will line up with Arden for the first day of the three-day test on Wednesday.

The Italian will partner Sean Gelael, his long-time teammate through the junior single-seater ranks and in prototype racing.

Meanwhile, Cecotto will run with Italian squad Rapax, with which he saw out the 2016 season.

The Venezuelan will line up alongside Luca Ghiotto, who finished his debut season in the series with Trident in eighth place.

Trident will field Ghiotto's teammate Philo Paz Armand and Marciello, who raced for the team in 2015, the second of his three seasons in GP2 so far.

Marciello's spot at Russian Time alongside Artem Markelov will be taken by Manor development driver Jordan King for the first test day.

Both Deletraz and Malja will complete all three days of the test with the Spanish team.

At MP Motorsport, Sergio Sette Camara - who had become the first driver confirmed for GP2 in 2017 this weekend - will be joined by Italy's Salvatore De Plano.

Nobuharu Matsushita and Alex Albon will test with ART and are the two drivers likely to make up its 2017 line-up.

Sirotkin column: When going all-in for the win backfires