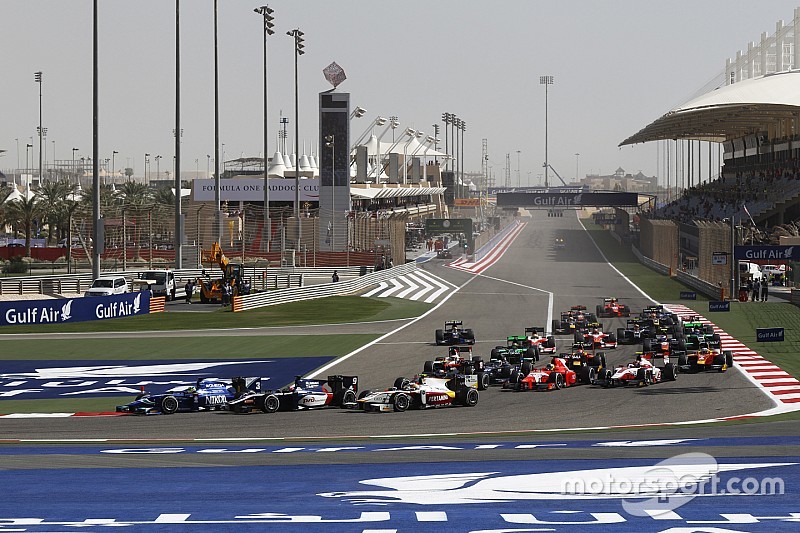 A Bahrain round in November has been added to the GP2 and GP3 calendars for this year, series organisers announced on Thursday.

The Sakhir event will take place on November 19-21 alongside the Six Hours of Bahrain WEC race.

The move means there will be back-to-back events, with the final round of the season at Yas Marina taking place the following weekend.

The extra races will replace the German events, which were cancelled earlier this year.

"I am pleased to confirm that we have added Sakhir to our 2015 GP2 and GP3 calendar in November," said series boss Bruno Michel.

"Ever since the announcement of the cancellation of the German event, we have been working hard to try and add a round for both Series.

"It was important that we could keep the costs down for the teams, but also to find a venue that was an added value for the drivers.

"Bahrain International Circuit was the best option: not only is it a Formula 1 track, but it makes perfect sense to have it back-to-back with the final round of the season in Abu Dhabi."