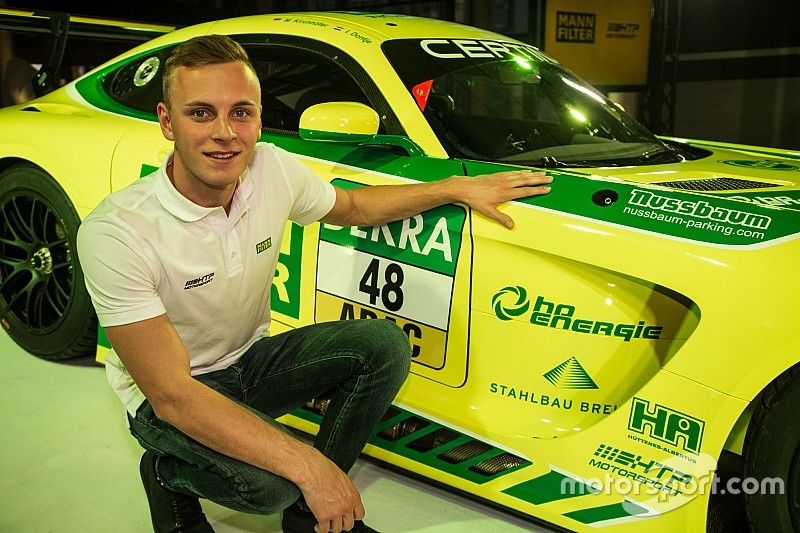 Kirchhofer, 22, has formalised his switch to GT racing, having announced earlier that he would not be looking for a second season in Formula 1 feeder series GP2.

The German won the ADAC Formel Masters title in 2012 with the Motopark-run Lotus outfit, and followed it up with the German F3 crown a year later with the same team.

He twice finished third in the GP3 standings with ART, in 2014 and 2015, but a subsequent promotion to GP2 with Carlin yielded only 17th place overall and a sole podium finish in Monaco.

Dontje, a GT racer since 2015, will also contest the Blancpain Endurance series and the Nurburgring 24 Hours with HTP.

Earlier this year, the outfit announced it will be fielding Mercedes DTM refugee Maximilian Gotz and Patrick Assenheimer in the #84 car in GT Masters - where Gotz has already been champion back in 2012.

Boschung graduates to F2 with Campos