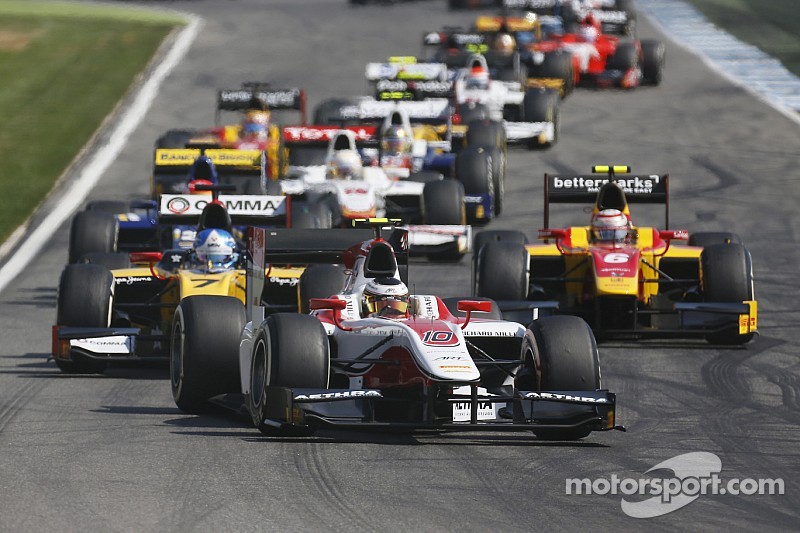 With four rounds left in the 2014 season, DAMS’ Jolyon Palmer enjoys a 43 point lead over Carlin’s Felipe Nasr although the Brazilian has pocketed more wins. But Palmer’s impressive consistency and faultless drives have meant that he’s scored in every single race so far – he is the only driver on the grid to have accomplished this. It will take Nasr to have a perfect weekend and for the Briton to finally show some weaknesses to reduce this gap to naught.

Behind the leading pair, rookie Stoffel Vandoorne seems to have now found the right balance at the wheel of his ART Grand Prix car: the mighty Belgian has snatched five podiums – including a win – in the last ten races. He is now third in the drivers’ standings ahead of Johnny Cecotto, and he will surely be looking for more glory this weekend on home soil at the legendary Spa circuit.

The Belgium track is one of the most demanding circuits of the season for the drivers, the cars and the tyres. It is also the longest layout on the calendar. The weather can be quite unpredictable in the Ardennes adding some spice to the races’ strategies with changeable track conditions. Managing tyres will once again be crucial with Pirelli nominating Hard and Medium P Zero compounds.

“Spa is my home track and my favourite one. I am really looking forward to racing this weekend. It’s one of the old school race tracks. I think a driver can really make a difference there. It has a really nice flow with a high-speed mid-sector and with a lot of direction changes. Typically, the long straights in the first and the last sectors make it very interesting: it’s difficult to know exactly at which aero level you should run because you can overtake in sectors 1 and 3, but if you ran with more downforce you can make a gap in the second sector. It’s always tricky to find the right balance.

“We’re pretty much at our top speed when we approach Eau Rouge. It’s a corner that is flat out. It’s a very cool sensation when you go through it, especially in the first few laps when you get out on track at the start of the weekend. After a while though, you get used to it. When you come out on top, it’s a bit blind so the entry of Eau Rouge is quite important.

“It’s a pretty hard track on the tyres. I think it’s mainly because of its highspeed nature. Tyres are going to be quite difficult to manage, but again, it will be the same for everybody. Strategy will be key to win the race. I would love to do so in front of my home crowd.”

Pirelli’s racing manager Mario Isola says: “The task of the GP2 tyres at Spa is in some ways very different from that in Formula One, increasing the demands on our product in certain respects. For example, GP2 has only five sets of tyres for the entire weekend, so the mileage required for each set is higher than that needed for a set of Formula One tyres. One aspect that is the same for both is the actual circuit, involving high-speed, multidirectional forces, which make Spa such a thrilling experience for drivers and spectators.

Our nomination ensures that drivers will be able to push to the limit, showcasing their talents on a circuit that rewards bravery. Variable weather is a common occurrence so we are likely to see rain tyres at some point, even though the abrasiveness of the surface means there is always quite good grip even in the wet.

Spa is the longest lap of the year and this will clearly have an effect on strategy in GP2: with a brave strategy, there is potential to gain plenty of track position for drivers who are willing to gamble. With both championships starting to draw to their conclusions, every advantage gained will be crucial.”

• André Negrão will lose five grid positions on Saturday’s starting grid following a penalty picked up in Budapest sprint race for pushing Simon Trummer off the track resulting in a collision.

• Jolyon Palmer has scored in every single race this season and has not finished lower than 7th (Monaco Sprint Race).

• Felipe Nasr has finished on the podium at least once per race weekend in the last six rounds.

• Arden International have not scored points since Barcelona Sprint Race.