GP2: The eleventh season kicks off this weekend at Sakhir 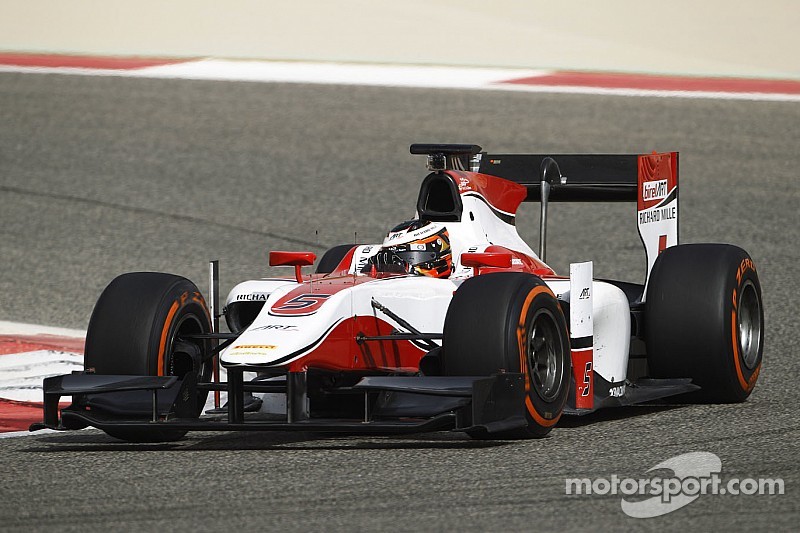 This season will see a new challenge as the GP2 cars now carry the DRS – with the same functionality as the one used in F1.

Ten years ago, the world of motorsport witnessed the birth of the GP2 Series with its first ever race taking place at Imola in April 2005 and concluding in Bahrain that year. Ten seasons later, the eleventh season kicks off this weekend at Sakhir in front of the Formula One paddock and its first Champion Nico Rosberg who was crowned on this same track.

This season will see a new challenge as the GP2 cars now carry the DRS – with the same functionality as the one used in F1. The twenty-four drivers have been able to test it successfully throughout the six pre-season test days and will be able to use it this weekend in the two designated DRS zones.

It’s probably going to be one of the toughest races of the season.

While the qualifying session will take place at night-time and in cooler temperatures, both races will occur during the day, meaning that tyre degradation will be a key factor. Although the teams have been testing for three days at Bahrain International Circuit earlier this month, they will still have to work on an unknown factor as Pirelli have selected the medium and soft tyres whereas the teams had medium and supersoft tyres at their disposal during the tests.

Bahrain has a high level of asphalt roughness, which accelerates wear and degradation. The circuit puts a particular emphasis on the rear tyres, with traction and braking being two key characteristics of the medium-speed, flowing layout. Experience will be key, but as the ten past GP2 seasons have proven, anything can happen in this category and one of the nine talented rookies on the grid could very well steal a more practiced driver’s thunder, just like Stoffel Vandoorne did in 2014.

“It’s probably going to be one of the toughest races of the season. I think it’s one of the tracks where tyre degradation is the main focus in order to get a good result. I think this year tyre management will be even trickier because we have the Medium and the Soft compounds.

“I expect overtaking will be easier on this track thanks to the DRS especially because the main straight is pretty long. It will be new for everybody for the first race so it will be interesting to see how everybody gets on.

“There will be a massive difference in track temperatures between free practice, qualifying and the races. We’ll qualify at night when the track is a lot cooler and we have soft tyres on. There will be a lot of grip. Then we’ll come to the race with track temperatures around sixty degrees and harder tyres. Everything will be sliding a bit more. It’s always tricky to adapt in the first laps. It’s going to be a cool race with lots of entertainment.”

Can anyone stop Stoffel Vandoorne?