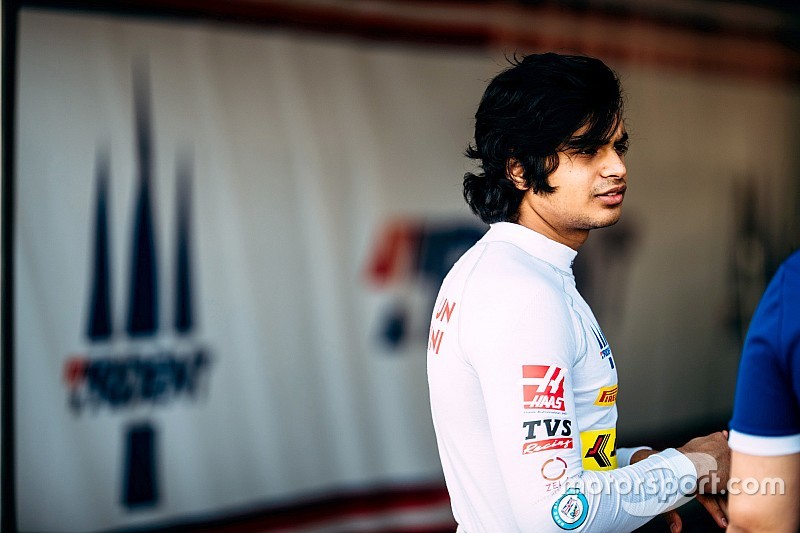 Maini is stepping up to F1’s primary feeder category in 2018 after a combined total of three seasons in European F3 and GP3. He will be racing for Trident alongside fellow Haas junior Santino Ferrucci.

Asked what race results should Maini aim for in his first F2 season, Steiner said the Indian can target top 10 results, but his main focus should be on consistency.

“To do a solid job, to be consistent, that is the [target],” Steiner told Motorsport.com ahead of the Bahrain Grand Prix. “He doesn’t need to be the best this year, because it is his first year.

“The expectation is to be consistent. Hopefully consistent in the top 10. Obviously higher up, better it is. But not having ups and downs. So he can grow, he doesn’t go to emotional depths.”

Although Maini showed flashes of pace last year, including a sprint win in Barcelona and third in Spa qualifying, he wounded up ninth in the championship.

This put him in a crossroads of sorts as he had to choose between staying in GP3 for another season or taking the leap to F2.

Unable to find a seat that would have guaranteed him a shot at the GP3 title, Maini chose to take the latter route - and Steiner places full faith in the 20-year-old’s decision.

“He made a step up and they were confident that he can compete,” he said. “I think F2 cars are this year with the new car he will learn more for F1 than he would in a GP3 car, so if they can do it financially and… I was support of that.

“If you’re confident, if you feel confident you’re not scared to move up, that is the first step, because if you push somebody too quick, that is never good, because than he falls in a hole.

“But if the kid is confident he can do it, why not, you know? If he can get it done, go and do it, but be aware you maybe spend one year more in F2 than you had planned to, because you spent one year less in GP3.”