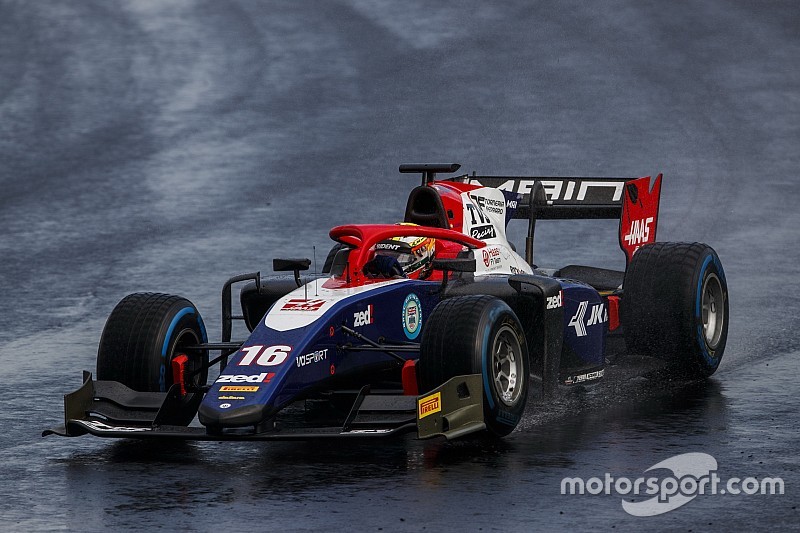 Arjun Maini returned from the Hungaroring Formula 2 weekend empty handed despite putting on yet another impressive show in qualifying.

Ever since Maini’s Trident was fitted with a new engine after Paul Ricard, the 20-year-old has been consistently qualifying inside the top 10 and the Hungary round was no different.

He lined up seventh for a wet feature race on Saturday and made a blistering start to move up to fourth by the first corner. However, he was caught out by the conditions and slipped back into ninth by the end of the opening lap.

From there on, he struggled to get to grips with the wet track for several laps and it wasn’t until he fell down to 14th that he was back up to speed again.

Once the track dried out for slicks, he was lapping at a similar pace to the leaders and eventually finished 12th after overtaking Sean Gelael on the final tour.

Sunday’s sprint race took place in dry conditions and Maini’s getaway was just as quick as it was on Saturday, allowing him to pass the Arden pairing of Nirei Fukuzumi and Maximilian Gunther.

He stayed 10th for majority of the race but dropped places in the latter stages due to heavy tyre dengradation, ending up 14th at the flag.