Hungaroring: GP2 prepared for the fifth round of the 2015 season 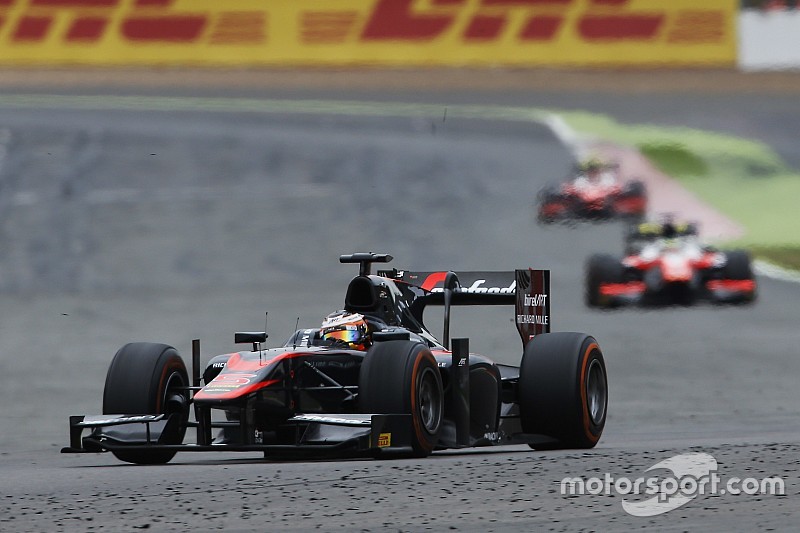 Series leader Stoffel Vandoorne closest rivals Alexander Rossi and Rio Haryanto have no other choice but to shine without fail.

The fifth round of the 2015 season was one to remember as Sergey Sirotkin out-performed the rest of the field in qualifying and the feature race at Silverstone. The Russian rookie has been on a roll ever since Monaco where he pocketed his maiden podium finish. He will most definitely be looking for a repeat of his good form this weekend at the Hungaroring.

The surprise came from Series leader Stoffel Vandoorne who failed to score points in one race (sprint race) for the first time this season, but the McLaren test driver still had a strong weekend in Great Britain with another rostrum in the feature race. His closest rivals Alexander Rossi and Rio Haryanto have no other choice but to shine without fail with each passing round.

The American was mighty quick at Silverstone and was able to finish second on the Saturday, and then fourth the following day. He’s the only driver on the grid to have scored in every single race this season. As for the Indonesian, he recovered from a disappointing qualifying result to start from reverse pole on Sunday and cruised to a third sprint race win.

Now come the challenges of the Hungaroring: the twisty nature of the layout means that there is little opportunity to rest for the drivers and the machines alike. The high temperatures should also add another level of difficulty for tyre management with Pirelli having selected Medium and Soft compounds for this weekend, just like in Formula One.

There will be four driver changes this week: Carlin welcome Sean Gelael in car number 4 whilst Nicholas Latifi will be at the wheel of the MP Motorsport #16. Zoël Amberg returns to his Lazarus car. Finally, Sergio Canamasas moves to Hilmer Motorsport in car #25.

“There is little rest for the tyres at Hungaroring apart from the pit straight, meaning the tyres are constantly working hard from corner to corner and operating at the top of their working range. As a result, we have selected the medium and soft tyres for GP2 in order to find the right balance between performance and durability.

The drivers will also need to have a significant input in managing their tyres, to have the performance to take advantage of any overtaking opportunities that arise towards the end of the races in particular. The weather is going to play a big part and we are expecting high temperatures, which obviously have an effect on thermal degradation. Hungaroring is not easy to overtake on, so tyre strategy is going to be key for all the GP2 teams.”

“It’s a track that I love. It’s a short one, but there are a lot of corners with only one straight so you can never rest, just like in Monaco. It’s quite a challenging circuit. Add to that the weather conditions: usually, the temperatures are quite high and it can be pretty hot in the car. It’s one of the hardest races of the year I think.

“The tyre degradation is manageable, but you cannot do too many laps in the race on the soft compounds - around eight laps I would say. At the Hungaroring, there is a big gap between the Medium and the Soft tyres in terms of performance. In qualifying, normally you do your best laptime on your first push laps on the soft tyres. So it is important to be well-prepared. You have just one chance and you cannot afford a mistake.

“There will be overtaking opportunities at turn 1 obviously since it is the DRS zone. But last year, we saw some manoeuvres at turns 2 and 8. We should see some interesting races again this year. I will work hard to try and win again.”

• Silverstone Round marked the first time this season that Stoffel Vandoorne did not lead a race.

•  Alexander Rossi is the only driver who has scored points in every single race this season.

•  Rossi and Haryanto have achieved the same number of podium finishes (4) this season, but the American has yet to win a race.

There are 4 driver changes this week:

•  Sean Gelael joins Carlin in car #4 for four of the five remainder rounds of the 2015 season.

•  Nicolas Latifi joins MP Motorsport in car #16 at the Hungaroring. He will join the field again at selected rounds of the 2015 season (to be announced at a later date).

Canamasas switches to Hilmer for Hungary