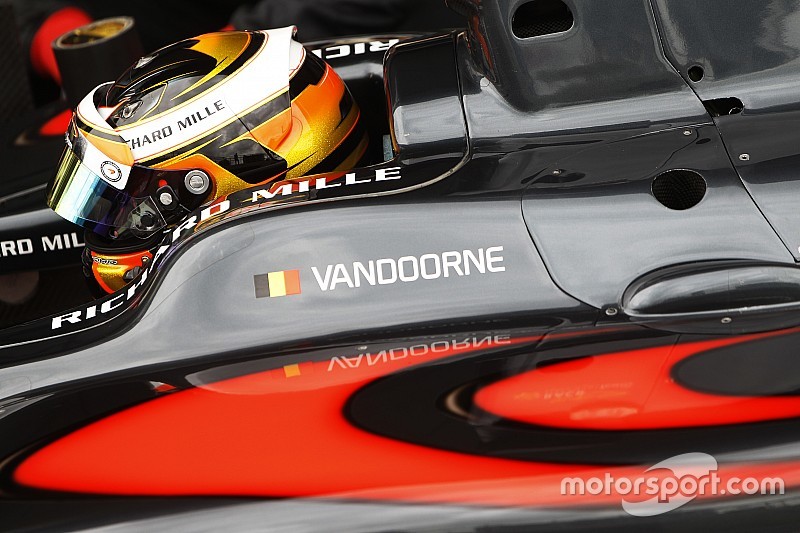 Stoffel Vandoorne once again proved the class of the GP2 field during practice for this weekend’s races at the Hungaroring, going quickest by four tenths of a second.

Tyre degradation in the sweltering conditions meant the quickest times came mostly towards the start of the 45-minute session, runaway championship leader Vandoorne moving to the top of the timesheets in the first 10 minutes with a 1m29.729s.

Alex Lynn briefly went quickest shortly after with a time 0.180s faster the Belgian, but Vandoorne promptly responded with a 1m28.969s, which would remain the benchmark for the remainder of the session.

Rio Haryanto slotted into second ahead of Lynn with a time 0.415s off the pace just after one-third distance, the Brit marginally improving to a 1m29.499s to stay third.

Arthur Pic made it two Campos drivers in the top four, half a tenth behind Lynn, with Pierre Gasly rounding off the top five just a hundredth slower than his compatriot.

Raffaele Marciello was sixth quickest, ahead of Andre Negrao, Nick Yelloly and Silverstone feature race winner Sergey Sirotkin, while Mitch Evans completed a top 10 split by just under a second.

Hungaroring: GP2 prepared for the fifth round of the 2015 season