Is GP2 still fit for purpose? 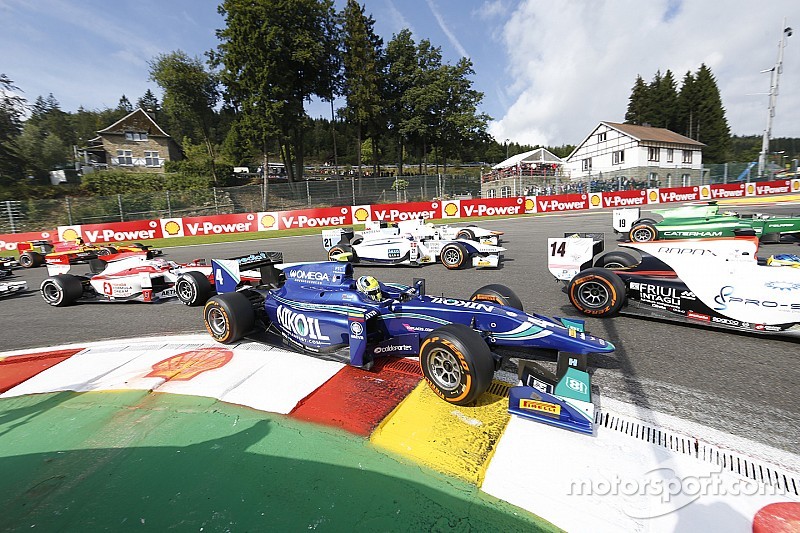 With a lot of F1 talent today coming from other backgrounds, is GP2 still a valuable series?

It’s hard to think of a time when Formula 1 has been able to boast more exciting up-and-coming talents among its ranks than it can in 2014.

What’s worth noting, however, is that none of those that have marked themselves out as real stars of the future. The likes of Daniel Ricciardo, Valtteri Bottas, and Daniil Kvyat competed in the traditional feeder series, GP2 and GP3, prior to making their F1 debuts.

The case of Bianchi

Admittedly, Jules Bianchi, who also deserves a mention in the above group, did two seasons of GP2, but switched to Formula Renault 3.5 before making his F1 bow – and even then, only after the failure of Luiz Razia’s sponsors to pay up left a vacancy at Marussia for the Frenchman to fill.

Other GP2 to F1 drivers haven't been so lucky

The drivers that have made their Grand Prix bows in recent seasons graduating directly from GP2; Marcus Ericsson, Max Chilton, Esteban Gutierrez, Giedo van der Garde and Charles Pic have all proved underwhelming in F1 compared to their counterparts arriving from other series.

True enough, the above drivers may have not been the best that GP2 has had to offer, but F1 teams have been loath to take a chance on many of the series’ best talents who have lacked the financial clout necessary to secure a drive at the highest level.

The last two champions, Davide Valsecchi and Fabio Leimer, have both yet to start an F1 race and seem unlikely to ever do so, while others such as Razia, Sam Bird and James Calado have also been forced to abandon their F1 aspirations despite having achieved strong GP2 results.

Following the same path of Formula 3000

In this sense, GP2 is beginning to suffer from the problem with which its predecessor Formula 3000 struggled during its final years, a seeming inability to get its best drivers into F1 seats.

To take Valsecchi as an example, his problem was two-fold: he couldn’t afford to buy his way into a lower order F1 drive as some of his better-heeled rivals were able to, while the top teams deterred by the fact it took the Italian five attempts before finally winning the GP2 crown.

Likewise, Leimer won the title at the fourth time of asking, while this year’s points leader Jolyon Palmer is also in his fourth year of GP2 competition. Gone are the days where a driver like Nico Hulkenberg could turn up and blow away the opposition in his debut season.

Perhaps this is because there haven’t been any outstanding rookies in GP2 since Hulkenberg, and the rise of Formula Renault 3.5, not to mention Bottas, Kvyat and now Max Verstappen skipping that tier altogether, has inevitably diluted the talent pool in GP2.

But a more likely explanation is that the advent of Pirelli tyres in the series has disproportionately favoured more experienced drivers since their introduction in 2011. This would help to explain why F1 protégés Stoffel Vandoorne and Raffaele Marciello have taken half a season to become consistent front-runners in GP2 this year.

It would also account for the fact that the DAMS team, said to have the best understanding of the nuances of the Pirelli rubber of all the outfits in the GP2 paddock, is on course for its third drivers’ title in four years with Palmer, whose pre-GP2 career you’d hardly describe as glittering.

This poses an issue for the series, especially when it costs in the region of €2m to do just one season of GP2 (well over double the figure required for a year in Formula Renault 3.5) – meaning sponsors could be paying anything up to €10m for their driver to be in the championship long enough to be in title contention.

Being on the F1 support bill, there is a certain pressure on GP2 to provide an element of entertainment. The use of fast-degrading Pirelli tyres, and the resulting implications for strategy, has helped to supply that, but arguably at the cost of the series’ ability to crown its brightest talents.

That said, F1’s inability to get on top of ever-escalating costs means the sport’s smaller teams, who in days gone by would have had the money to be able to take a punt on a Valsecchi or a Leimer, are instead forced to rely on ‘pay drivers’ like Chilton and Ericsson just to remain afloat.

Meanwhile, the rise of the junior scheme, while laudable in terms of ensuring young drivers are able to earn their F1 chance on merit, means the top teams are only interested in their own in-house talents, leaving those outside of such programmes in a difficult position.

So, while Vandoorne and Marciello are more or less assured of F1 drives in due course as long as they keep performing, the door will be shut for Palmer as well as Felipe Nasr, Mitch Evans and Johnny Cecotto Jr, unless they are able to put together a hefty sponsorship budget.

Ultimately, then, GP2’s troubles are simply a reflection of the deteriorating state of affairs in F1 in the post-manufacturer era. Plenty more drivers who excel in the official feeder series will go unrewarded until the issue of spiralling costs at the highest level is properly addressed.